The United States Blues
Home National News Michael Cohen’s attorney says his client can ‘fill in the bulk’ of... 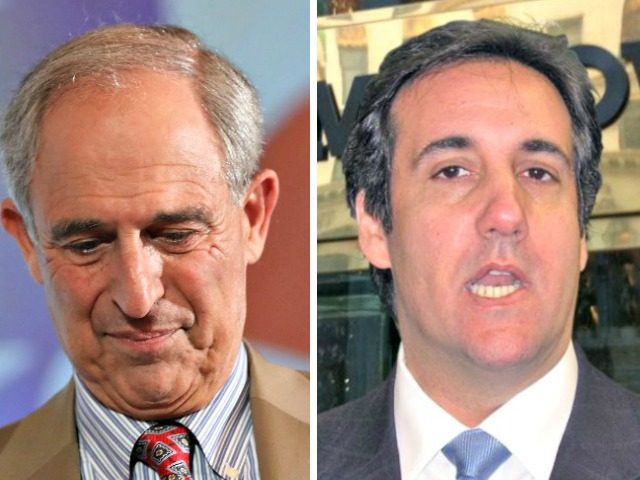 In a couple of hours, Congress, the media, and the American people will finally have the report compiled by Special Counsel Robert Mueller, even though it may well be heavily redacted, meaning large sections of the report will remain hidden, which is exactly what the White House wants.

Court battles between Congress and Attorney General William Barr will likely take place in the months ahead, as various congressional committees attempt to get an unredacted copy of the report so they can determine of President Donald Trump should be impeached, but an attorney for the president’s former attorney, Michael Cohen, says his client may well be able to shed light on those redactions.

Lanny Davis, who has served as a legal adviser for Cohen since he was first charged by federal authorities with bank and wire fraud and lying to law enforcement, weighed in on the matter via Twitter Thursday morning:

As the #Country waits for the #MuellerReport, know this…it does not matter how #Barr #RedactedMuellerReport. @MichaelCohen212 has 7 days, 70 hours, + 100 pages of what #TeamMueller knows and can fill in the bulk of the redactions. Nice try Mr. @POTUS. #Truth We will tell it all

If true, those documents could prove invaluable and help us better understand exactly what the administration is trying to hide. And there’s no way the White House can keep that information from being released.

Cohen also hinted that he has plenty to say about the Mueller report, posting this on Twitter:

Soon I will be ready to address the American people again…tell it all…and tell it myself! https://t.co/Ybk07AJBud

If Cohen goes public with everything he knows regarding Trump, Russia, and the president’s finances, that could prove to be politically devastating as the Trump 2020 re-election effort kicks into high gear.

So while Trump and his handpicked protector the DOJ try to spin and hide the full report from the special counsel, their efforts may be for naught if Cohen is able to illuminate the full picture.