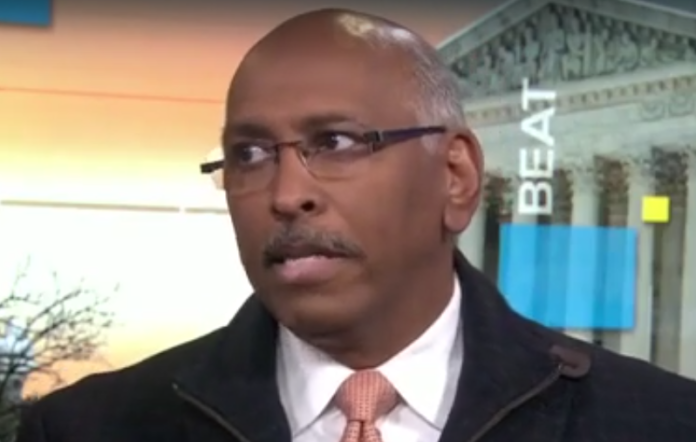 Senate Republicans allied themselves with Russian dictator Vladimir Putin on Wednesday by voting to block a bill that would prevent President Donald Trump from lifting sanctions on Russian companies, prompting former RNC chairman Michael Steele to call them complicit with Trump’s collusion.

By a 57-42 vote, Republicans chose not to stop Trump from lifting the 2017 sanctions, which were passed to punish Russia for interfering with the 2016 Election.

Despite all the bombshells revelations of Trump possibly being a Russian agent and going to desperate lengths to hide his private talks with Putin, Trump moved forward with agreeing to lift the sanctions, which would give Putin yet another huge gift considering the three Russian companies are connected to Oleg Deripaska, an oligarch with close ties to Putin.

One would have thought Republicans would side with Democrats to block Trump from lifting the sanctions which they themselves passed, but that was not to be as they decided to go all in on Trump’s conspiracy with Russia.

“This is an example of circling the wagons on the hill,” he said. “Trying to give some space, some elbow room, to the president right now to sort of shift the narrative a little bit, to sort of refocus the conversation.”

“They don’t care and this small group is the ones still tethered tightly to the president and they, like I said, are circling the wagon using the legislative process to slow down or gum up this information,” Steele continued before accusing the GOP of aiding and abetting Trump’s collusion and allegiance to Russia and Putin.

“It’s all collusion,” he concluded. “It’s all collusion, in my estimation, if you’re taking these steps, the facts as we now see them being laid out and you’re going to slow the roll legislatively, then you’re now a part of the narrative just as much as anyone else is as far as I’m concerned.”

Steele went on to say that Americans should be greatly concerned that their senators are getting in bed with Putin to protect Trump.

Republicans did this despite a plea from Senate Minority Leader Chuck Schumer (D-N.Y.) imploring his colleagues to do the right thing.

“I’d like to make a direct appeal to my Republican friends who are wondering about this,” he said. “Do you believe America should take a tough line on Putin or do you think we should go easy on Putin and his cronies? From where I’m standing that’s an easy choice.”

And Republicans did choose. They chose to ally with our longtime adversary, an adversary that has been attacking our democracy and weakening our alliances and standing in the world, in defense of Trump. They betrayed this country with their votes today and the American people should remember that in 2020. Because now Senate Republicans are clearly in Putin’s pocket, too.