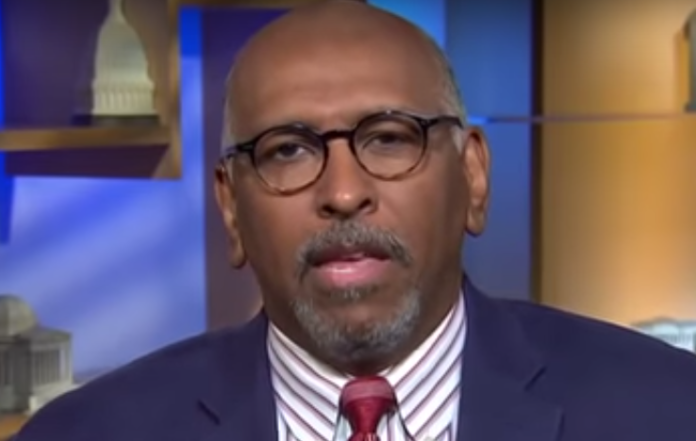 Former RNC chairman Michael Steele addressed a big lie being told by Republicans about the Bible in their effort to justify President Donald Trump’s inhumane treatment of migrant children.

Trump has kidnapped thousands of migrant children from their parents and placed in concentration camps, forcing many of them to sleep on concrete floors without blankets all while refusing to give them soap and toothbrushes.

A Department of Justice lawyer actually tried to make an argument in favor of this poor treatment in federal court, resulting in a backlash that included a former Somali pirate hostage to note that his captors treated him better over the nearly three years he was held hostage than Trump is treating these innocent kids.

In their desperation to defend Trump, Republicans are actually claiming that the Bible doesn’t say we should help the poor.

A stunned Joy Reid asked Steele about the claims, which is not only hypocritical, but blasphemous.

“Michael, this week Donald Trump lied to my colleague who asked him about this policy and lied that he inherited the separation policy from President Obama and that he ended it, which is just a blatant flat out lie, right?” Reid began. “You have members of Congress saying the Bible doesn’t say we’re supposed to care for the poor. I mean, you actually have a sense of moral disconnections in your party that I don’t understand, and I need your help.”

Steele did not mince words. Republicans are violating Christian principles and rewriting them to make themselves feel better about being sh*tty human beings.

“Anyone who’s quoting a Bible that says they’re not supposed to care for the poor, that should tell you everything about them and the Bible that they’re reading,” Steele replied. “It’s one about consequences — there are consequences for actions, consequences for decisions. and right now we have an administration for the last two years beyond this issue, Joy, or many issues you have covered in detail on your show, there are no consequences for them.”

Steele then called upon Americans to hold Republicans accountable.

What the Trump administration is doing is child abuse and a crime against humanity that should, by all rights, be tried at The Hague. Our country is supposed to be better than this, yet we are letting Trump get away with dragging our country down the same road Adolf Hitler dragged Germany down in the 1930s and 1940s. And Republicans are perverting the Bible and Christianity to justify it.