The United States Blues
Home News Michael Steele Warns Trump Will Manufacture Crises Over And Over To Declare... 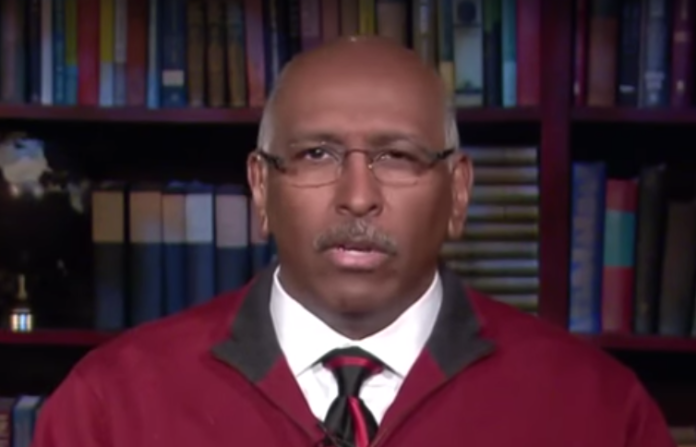 Former RNC chairman Michael Steele warned on Thursday morning that President Donald Trump will create more crises in the future so he can get his way by declaring a national emergency.

Prior to his Oval Office address on Tuesday night, Trump has mused about declaring a national emergency over his made up border security claims. It had been feared that he might announce such a declaration during his speech, but he didn’t do it.

However, Trump is desperate to get what he wants even if it means keeping the government shut down indefinitely or declaring a national emergency on false grounds.

And Steele said that’s a major problem because Trump could create more crises in the future so he can declare national emergencies every time he doesn’t get his way.

During an appearance on Morning Joe, Steele observed that House Speaker Nancy Pelosi (D-Calif.) and Senate Minority Leader Chuck Schumer (D-N.Y.) would not be able to compromise with Trump because he won’t take a penny less than the $5.7 billion he is demanding, which is why Trump stormed out of a meeting with the Democratic leaders on Wednesday.

“I don’t see any wiggle room for Nancy Pelosi or Chuck Schumer to go back into the White House and say, ‘Here’s $2 billion or $3 billion for the wall,’” Steele said. “That’s just off the table.”

So, Trump will likely follow through on his threat to declare a national emergency even there the only crisis is the one he created.

“We are where we are because this is actually where Trump wants to be,” Steele said. “This idea of a national emergency, while he tinker-toyed around with it, he said, ‘Well, I may, I have the authority to do it, I might do it’ — he absolutely wants to do it, because it is the only offer that he has.”

And that will ultimately lead to even more government shutdown and more declarations of national emergencies, because Trump only cares about pandering to his fanatical base to own the Democrats.

“He’ll throw it into the courts, let them work it out,” Steele concluded. “He’ll go to the base and say, ‘I did everything, I got the money for the wall, we’re going to start building the wall,’ and then six months, eight months, whatever time is left over to figure all of that out — he will have moved on. There will be other emergencies that will be manufactured and put on the table for the House, the Senate, the nation to deal with. But we’re here because this is where the president wants us to be right now.”