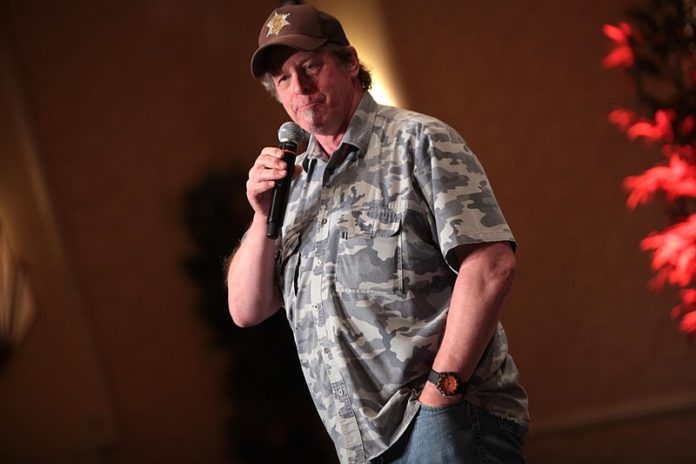 Michigan Republicans welcomed conservative has-been Ted Nugent with open arms this week even though he once disgustingly insulted the state during an interview with a Fox News host.

Nugent was invited to testify in support of a bill that would legalize baited deer hunts in response to the Michigan Department of Natural Resources banning the practice because it may perpetuate the spread of chronic wasting disease, which “is a contagious neurological disease affecting deer, elk and moose. It causes a characteristic spongy degeneration of the brains of infected animals resulting in emaciation, abnormal behavior, loss of bodily functions and death.”

Understandably, officials are taking precautions because while there is currently no known risk of the disease being transmittable to humans, that doesn’t mean it can’t happen. In an effort to stop the spread of the disease so that it won’t pose a threat to humans, state officials put the ban in place.

Of course, hunters like Nugent are mad about it because they prefer baiting deer and going on “canned” hunts instead of actually doing some real hunting.

“If they think they can stop deer from swapping spit, they’re idiots,” Nugent said during a House Government Operations Committee meeting.

Predictably, Republicans sucked up to Nugent and thanked him.

Nugent, whom GOP lawmakers referred to as “Uncle Ted,” testified in support of a bill that would legalize deer and elk baiting during hunting seasons. The bill introduced by Rep. Michele Hoitenga, R-Manton, would reverse a 2018 ban that was put in place to address concerns that chronic wasting disease was spread through bait piles. It’s not clear the science used to push that ban is reliable, Hoitenga said.

Except the science does support the ban, according to Department of Natural Resources spokesman Ed Golder.

“Peer-reviewed research has shown that baiting and feeding that concentrates animals beyond their normal movement patterns increases the likelihood of disease transmission,” Golder said.

It’s also disgraceful that Republicans would thank someone who attacked their state as un-American.

“I was born in Detroit,” he said. “You know Laura, Michigan was the arsenal of democracy. But unfortunately it’s turned into a suburb of San Francisco now politically and it just breaks my heart. California, Oregon, Washington, Michigan, Illinois, New York, New Jersey, Maryland, Massachusetts — politically, those states don’t even qualify as America anymore. It’s just heartbreaking.”

Here’s the audio via Media Matters:

What’s heartbreaking is that Nugent doesn’t know the history is his own home state. After the Great Depression, Michigan experienced a period of Democratic dominance through the 1960s progressive era. During this time, Nugent went from childhood to adulthood.

So, yes, Michigan used to be the “arsenal of Democracy.” That is, until Republicans wrecked it. And they only further embarrass themselves by idolizing draft-dodging sexual predators like Nugent and President Donald Trump.