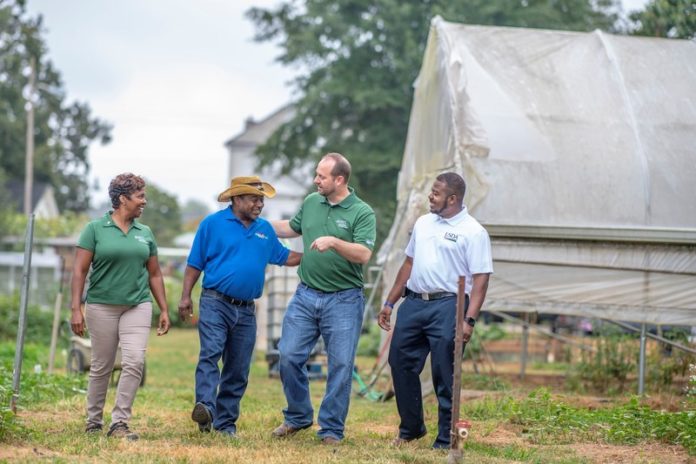 At a time in America when tensions about immigration are running high, it’s important to revisit other similar moments in history. According to a recent report by NPR, this isn’t the first time the U.S. has had to grapple with crucial and grand questions about migrants and migrant labor.

In the mid-1960s, Secretary of Labor W. Willard Wirtz announced a plan to hire high schoolers to offset Mexican agricultural labor decreases. The program was to be called the “A-Team.” Hundreds of thousands of migrants used to work under the Bracero Program, which was shut down due to repeated accusations of migrant abuse. This abuse ran the gamut from wage theft to awful living conditions.

Underscoring those untenable conditions were the high schoolers themselves, who staged strikes during their tenure in the program, making similar allegations of unjust treatment.

“[The A-team] reveals a very important reality: It’s not about work ethic [for undocumented workers]. It’s about [the fact] that this labor is not meant to be done under such bad conditions and bad wages.”

Though the American public is often subject to a rash of headlines detailing migrant abuses, it’s necessary to remember that the conversation also includes concerns about migrant rights to work as well. For example, many migrants do not choose their vocations out of desperation, but out of convenience. (Confusion further increases by the constant conflation of the terms “refugee” and “migrant.”)

Therefore, a measured social response might not be the total abolition of such structures, but the improvement of them. Autonomy is critical for migrants, and the right to be free from abuse must be weighed with the right to engage in the work.

The high schoolers never forgot their experiences, though, and in their words, it cemented a different picture of migrants in their minds. Randy Carter, a director who participated in the program, said:

“We know the work they do. And they do it all their lives, not just one summer for a couple of months. And they raise their families on it.”

That sounds like exactly the kind of knowledge that America could benefit from right now.