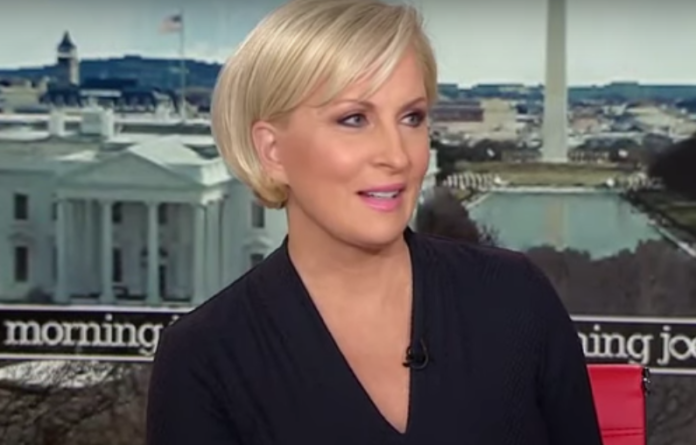 Republicans have been whining about some Democrats pursuing impeachment of Trump, which is actually what a majority of Americans want Congress to do.

But the GOP is trying to portray impeachment efforts as merely political because they want to use it against Democrats in 2020.

Pelosi, however, shut that plan down and derided Trump at the same time in a statement published on Monday by the Washington Post.

“I’m not for impeachment,” Pelosi said. “This is news. I’m going to give you some news right now because I haven’t said this to any press person before. But since you asked, and I’ve been thinking about this: Impeachment is so divisive to the country that unless there’s something so compelling and overwhelming and bipartisan, I don’t think we should go down that path, because it divides the country. And he’s just not worth it.”

She went on to say that Trump is totally “unfit” for office.

Mika and the panel agreed that Pelosi is smartly waving off impeachment for now by waiting for Special Counsel Robert Mueller’s final report, which could provide the ammunition necessary to warrant Republican support for impeachment. At the very least, more Americans could demand it and then punish Republicans in 2020 for refusing to do their constitutional duty.

“There’s also some dismissiveness there that you kind of have to acknowledge,” Alcindor said. “President Trump, as much as he likes to beat up on the media, he likes to watch himself. He likes to watch people talking about him, and he likes the idea of thinking of himself as this orbit, this sun that everybody is rotating around. Nancy Pelosi saying, ‘That guy in the White House, I’m not worried about him, I’m doing my own thing’ — that has to drive the president nuts.”

“Again and again, Nancy Pelosi has proven that she is as clever as she is tough,” Mika said. “She has now dismissed both the left’s obsession with a dangerous and likely doomed effort to impeach Trump, and Trump himself, driving him crazy. Pelosi basically told the Washington Post this man is not worthy of the office he holds and you kind of just have to work around him, and he’s not worth dividing the country over anymore. It’s true — he’s not.”

This is why Democrats were wise to elect Pelosi as Speaker.