The United States Blues
Home News Mika Brzezinski urges Pelosi to go for the kill rather than give... 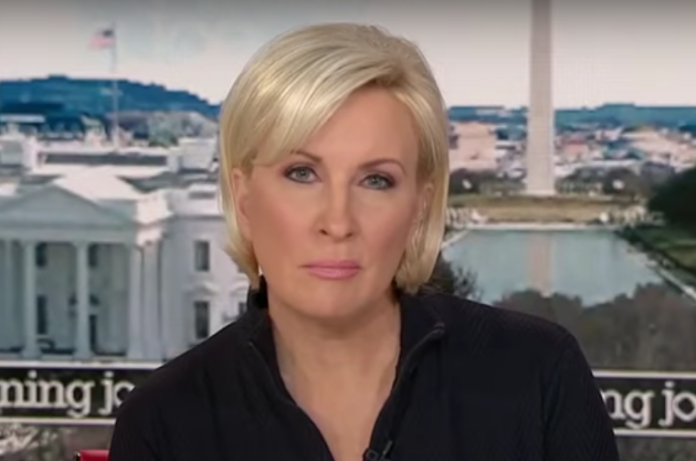 Morning Joe host Mika Brzezinski called upon House Speaker Nancy Pelosi (D_Calif.) to keep the pressure on President Donald Trump instead of giving in to his wall demands.

Pelosi scored a major political victory on Friday when a humiliated Trump caved by agreeing to sign a government funding bill without his wall, thus ending a 35-day government shutdown that most Americans blamed him and the GOP for after billions of dollars were lost and airports started shutting down.

Trump has already threatened a new government shutdown in February if Democrats don’t agree to give him funding for his wall in three weeks, which is when the funding bill expires.

But Mika thinks that rather than giving in to Trump’s demand over his latest threat, Pelosi should stand her ground and go for the kill.

“We’re looking at a president who was willing to send troops to the border,” Mika said, pointing out that Trump manufactured the border crisis by fear-mongering about so-called “caravans” that never amounted to anything like the “invasion” Trump portrayed it to be.

Trump even boasted about the border being “tight” and how Border Patrol stopped the migrants effectively, thereby undermining his own claim that a wall is necessary.

Pelosi even “schooled” Trump on the State of the Union by canceling it, demonstrating that Congress is an equal branch of government that will push back on the executive power now that Democrats are in charge of the House.

Trump is in a very bad spot politically. Most Americans not only blamed him for the shutdown, but they also agree with Democrats and oppose his wall.

But even after losing badly, Trump is still using the threat of a shutdown as a negotiation tactic, which is a reason why Democrats refused to give him his wall in the first place.

Clearly, now is not the time to give Trump what he wants, especially since he’ll just keep threatening shutdowns every time he wants something.

That’s why Miki says Pelosi should keep her foot on his throat.

“She cannot let the pressure off him, she’s got to keep things pretty tight and be pretty tough and only let up when she’s got him cornered into a deal,” Mika said. “He has proven time and time again not to be trustworthy and to veer off into many different directions that have been destructive, and he’s not kept his word. I don’t think she can negotiate publicly on Twitter with him or try to get an inch. I don’t think she can, he’s not someone who plays fair.”