The United States Blues
Home News Mika explodes all over Trump and Barr for letting white nationalist off... 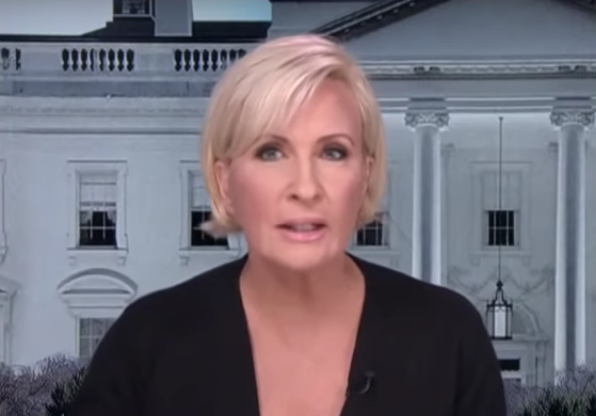 Morning Joe host Mika Brzezinski came as close to losing it as she ever has on Friday morning in reaction to the news that a federal judge is letting a white nationalist walk after prosecutors failed to charge him with terrorism.

Coast Guard Lt. Christopher Hasson gathered an arsenal of weapons and wrote a manifesto complete with a list of people he planned to murder, including many prominent Democrats and members of the media. Even Joe Scarborough was on the list.

Despite all this evidence, federal prosecutors declined to bring terrorism charges against Hasson, and the judge ruled that he can be released on bail, which could end up being a regretful moment should Hasson go after one of his targets.

Judge Charles Day of the United States District Court for the District of Maryland made the decision despite having “grave concerns” about Hasson.

Mika, who is married to Scarborough, is obviously concerned for his safety and the safety of herself and her family. And that’s why she accused President Donald Trump and Attorney General Bill Barr of having a hand in federal prosecutors going so lightly on Hasson.

“These are the things that you find after a massacre and you go, ‘Oh, these are the warning signs, we should have noticed them,’” she began. “I say this as the wife of someone who is on that list, so you may hear a little intensity in my voice, but I think Trump’s doing this! How can I not do that math in my mind that the attorney general is making a clear decision here to make sure the lives of people who are being targeted continue to be in danger because they will not put together the facts of this case. A stockpile of weapons, a list of people that he wants to kill. Are you serious? There’s no way not to let this guy walk? You’ve got to be kidding me!”

Legal experts brought on the show explained that federal law does not cover domestic terrorism, that it’s a gray area in our legal system. But Scarborough and Mika both pointed out that federal attorneys could have brought other charges against Hasson that would keep him behind bars and they chose not to do so, once again tying this decision around Barr’s neck.

If Hasson had threatened prominent Republicans and conservative media figures, he would have faced stiffer charges, but because he plotted to kill people Trump considers his enemies, he was given a pass. And that opens the door for any white nationalist to start plotting future attacks without consequence. Our nation is less safe because of Trump and Barr this week.