The United States Blues
Home News Mika expresses disgust over Republican lawmaker admitting he has not read the... 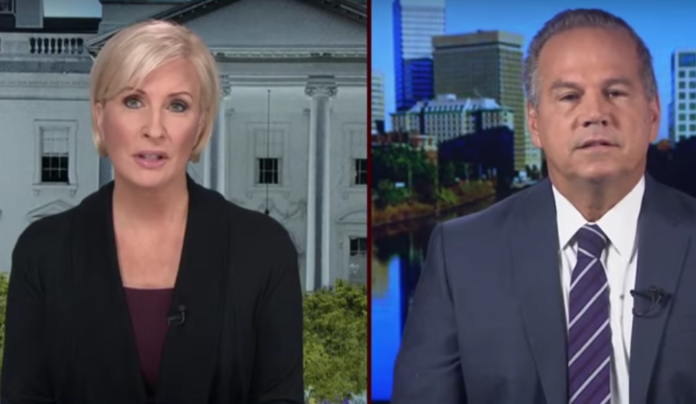 Morning Joe host Mika Brzezinski expressed utter shock on Monday upon listening to a Republican lawmaker openly admit that he has not read the Mueller report.

The Mueller report has been available for reading for over a month, yet it appears that Rep. Justin Amash (R-Mich.) may be the only Republican in Congress who has actually bothered to read it, which is why the Freedom Caucus founder concluded that President Donald Trump should be impeached.

Amash has been urging his GOP colleagues to read the report because they’ll reach the same conclusion, but it seems many are content to not read it at all so they can pretend Trump is innocent.

On Monday, Mika played video of Rep. Rob Woodall (R-Ga.) confessing that he hasn’t read the damning report and suggesting that he doesn’t plan to either.

“I have not,” Woodall said. “I said when we started this conversation that I trusted Mr. Mueller. He took a lot of slings and arrows throughout this process. Every U.S. Attorney I knew said he’s a man of great integrity. He’s going to lead this investigation. I have a concern, when you have the entire power of the United States Justice Department behind anything, you can achieve an agenda, you can drive a message.”

That’s no excuse for not reading the report, which includes a list of ten instances of obstruction of justice Trump committed against a legitimate federal investigation into Russian interference with the 2016 Election.

A stunned Mika was rendered speechless. She couldn’t even ask Rep. David Cicilline (D-R.I.) for his reaction.

“I’m at a loss of words,” she said. “I don’t even know what to ask you. The guy did not read the Mueller report.”

“It’s a grave dereliction of duty,” he said. “I read the Mueller report in its entirety the day it was released. Everyone should do that.”

“If people read the Mueller report, they’ll come to the inevitable conclusion that this president has engaged in serious misconduct, crimes, and impeachable offenses,” he said. “Everybody has a responsibility to read it, particularly members of Congress who are required to make judgments on it.”

“This is Trumpism,” she concluded.