The United States Blues
Home News Mika rips Trump a new one on Morning Joe for ignorant and... 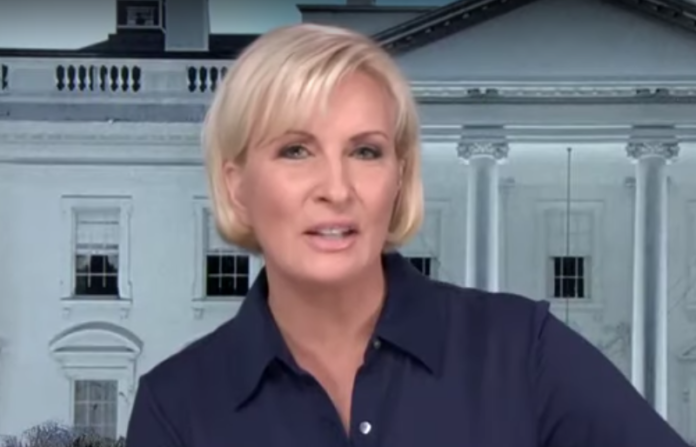 Klobuchar made her announcement as it snowed heavily in her home state of Minnesota, proving that she has the grit and determination to stand up to Trump and attract voters from the Midwest states like former President Bill Clinton did in 1992.

Rather than simply congratulate Klobuchar, Trump vilely attacked her instead.

Well, it happened again. Amy Klobuchar announced that she is running for President, talking proudly of fighting global warming while standing in a virtual blizzard of snow, ice and freezing temperatures. Bad timing. By the end of her speech she looked like a Snowman(woman)!

The fact is that Trump has been repeatedly schooled for not knowing the difference between weather and climate, something The Daily Show brilliantly demonstrated last month.

But Mika reacted to Trump’s attack by pointing out that he is a coward who dodged the draft during Vietnam.

“I think Amy Klobuchar did something amazing this weekend,” Mika said. “She put out a visual there. I don’t know if everyone completely got it this way, but looking at her standing in subzero temperatures with the snow blowing down on her face and everyone freezing but wanting to be there for her, Donald Trump would no sooner stand in a snowstorm with his bone spurs getting cold than he would enlist at some point in his life and serve his country.“

Joe Scarborough chimed in by observing that Trump refused to honor fallen American World war I soldiers at a cemetery in France because of light rain.

“He wouldn’t even go to one of the most sacred war ceremonies it was sprinkling outside,” Scarborough said.

“He won’t even stand in the rain,” Mika agreed. “Correct. To me, it showed a strength and a grit and a visual that stood her up against Trump right there and set her apart. I thought it was really cool.”

Trump definitely should not have picked this fight.