The United States Blues
Home News Mika shows Republicans an easy way to end up in prison like... 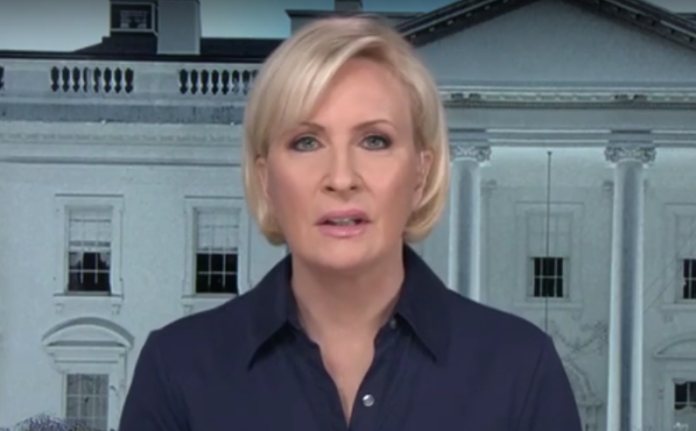 Morning Joe host Mika Brzezinski had a serious warning for Republicans in Congress who are trying to act as President Donald Trump’s new “fixer” to fill the void left by Michael Cohen.

Cohen testified on Capitol Hill last week in front of the House Oversight Committee and offered clear proof that Trump directed and coordinated campaign finance felonies in an effort to pay hush money to two women in 2016 to keep them silent about his extramarital affairs with them.

Before, during and after the hearing, Republicans have been desperately trying to protect Trump.

Senator Lindsey Graham (R-S.C.) even went so far as to absurdly claim that criminals “don’t write checks” in an effort to dismiss Cohen’s evidence, which includes a check signed by Trump to reimburse Cohen for paying $130,000 to Stormy Daniels.

Joe Scarborough began Monday by pointing out that Trump could truly kill someone on Fifth Avenue and not lose a single one of his fanatical supporters, referring to the “cult of personality” that Trump has created and that Republicans are buying into.

Then the topic of Trump’s campaign finance crimes came up, with Mika playing video of House Minority Leader Kevin McCarthy (R-Calif.) making excuses for Trump during an interview on ABC Sunday.

McCarthy claimed that what Trump did is not a crime, even though the law is clear that it is. Sometimes, candidates accidentally break the law by having too many contributions from one person, which is a civil violation that results in a fine and the submission of corrected campaign finance forms. But what Trump did is knowingly break the law on purpose, which is a felony.

Trump would then repeatedly lie about the payments, which would be unnecessary if what he did was merely a civil violation.

In the end, Mika warned Republicans that they are going down a path that will not end well for them. Why? Because Cohen went down that path and he’s going to prison.

“If there’s one part of Michael Cohen’s testimony that you might want to consider believing from last week, it would be if you follow Donald Trump blindly as he has, you’ll end up where he’s going and he meant that from the bottom of his heart,” she concluded. “There’s a long list of people who already are in this situation, including him. This ends badly.”

By trying to protect Trump, Republicans are opening themselves up to being charged with obstruction of justice, not to mention the wrath of voters who won’t appreciate lawmakers covering up for a criminal.

If Republicans are smart, they will seek to get to the truth, and believe the facts in front of their faces when these investigations conclude. If not, running interference for Trump will be their last act as lawmakers, and perhaps as free men, and history will judge them severely for what they have done.