The United States Blues
Home News Mika skewers Trump for hiring criminals and throwing them under the bus... 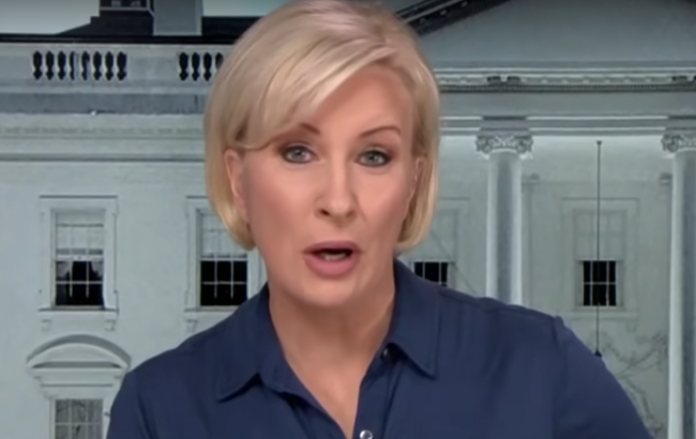 “Morning Joe” host Mika Brzezinski threw the book at President Donald Trump on Wednesday for hiring criminals so he can use them to cover his own a** when they get caught.

It’s pretty clear by now that Trump has done and is still doing a lot of shady things in his life, either in the pursuit of power or profits.

One reason why he is so shady is because he hires family members and friends to positions of power, including in his own 2016 campaign and administration. And many of them turn out to be criminals.

In fact, Paul Manafort, Michael Flynn, Michael Cohen, and Roger Stone have been part of Trump’s inner circle for years. And all of them have been busted by the FBI over the last two years for various crimes, many of which benefited Trump, from campaign finance felonies he directed Cohen to commit in 2016, to meetings with the Russians conducted by Manafort and Flynn, to Stone helping Trump obtain Hillary Clinton’s hacked emails.

All of these men committed crimes to help Trump. But in the end, Trump is the one who betrayed them, as Mika pointed out on “Morning Joe.”:

“Donald Trump had his close allies, people who worked with him every step of the way in the campaign who came with him to the White House — Michael Flynn and Paul Manafort being at the very top of that — his national security adviser, a guy who flew around with him everywhere and apparently was his emotional teddy bear to talk to him in between events to keep him busy and Paul Manafort, the guy who headed his campaign, in jail, going to jail, in jail, and guess what, look at the president, not one line of defense for these guys,” Mika said.

Indeed, Trump has even thrown many of his other supporters under the bus, including his former Attorney General Jeff Sessions, whom Trump turned on just for recusing himself from a legitimate federal investigation. Trump even used to be friends with Joe Scarborough and Mika, but he even betrayed them just because they criticized him.

“Throws them under the bus, close friends, family friends, people he lived and traveled with, stayed at Mar-A-Lago with, throws people under the bus as if they are garbage, could give a damn about them,” Mika continued. “Is that someone you want in the White House? Somebody with no empathy, somebody with no sense of duty or loyalty, somebody who doesn’t take a loyalty oath back as a human being. Who does he hire, by the way — criminals? That’s what people have to think about when they’re wondering whether or not to re-elect this president.”