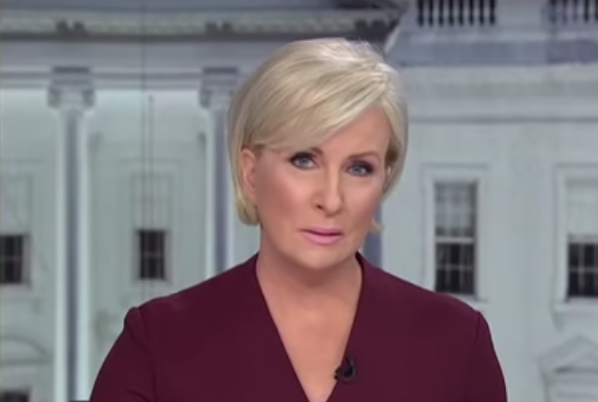 Department of Homeland Security Secretary Kirstjen Nielsen demonstrated that she has zero compassion for the children being caged at the border due to President Donald Trump’s family separation policy as she argued over the definition of cages, drawing a sharp rebuke from Morning Joe host Mika Brzezinski on Thursday.

During her testimony at a House Homeland Security Committee hearing on Wednesday, Nielsen conceded that she did not know that research shows children being caged and separated from their parents amounts to torture that has lasting psychological and emotional effects.

She not only came unprepared to answer how many children have been detained at the border so far, which is estimated to be around 15,000, what she did prepare for is to argue over the definition of what constitutes a cage.

The problem is that journalists and lawmakers have documented the deplorable living conditions these children are dealing with, including cages and sleeping on the floor as they futilely wait to be reunited with their families.

Morning Joe showed many images of the cages that kids, including babies, are being kept in, and Mika Brzezinski, who has children of her own, blasted Nielsen for overseeing this national shame.

“She’s become the face of the Trump administration’s abuse of children at the border,” Mika said. “Secretary Nielsen is presiding over a humanitarian crisis caused by the White House that now requires skill, urgency, and humanity to resolve. Instead, once again at Wednesday’s hearings, she acted like a hapless, hostile, hopeless robot.”

“There are a lot of failed cabinet secretaries in the Trump administration, but secretary Nielsen’s incompetence is having a direct impact on the most vulnerable — children,” she continued. “Look at these pictures. She’s defying the obvious in the most Trump-like way. Do you see those cages? They have roofs on them, the people are locked in there — children, too. The situation is shameful, and it just seems like she lacks the ability to care about the border crisis in a real way, the border crisis caused by this White House.”

Nielsen even lied to Congress by claiming that there is no such policy of family separation, but former Attorney General Jeff Sessions announced the policy himself in April 2018, igniting a firestorm of criticism that eventually forced the government to reunite some children with their parents. Now the government claims it’s a hopeless task in a clear effort to evade responsibility for a crime against humanity that by all rights should see Trump and several members of his administration tried at The Hague.