The United States Blues
Home Elections Mike Huckabee Forced To Resign From CMA Board 24 Hours After Being... 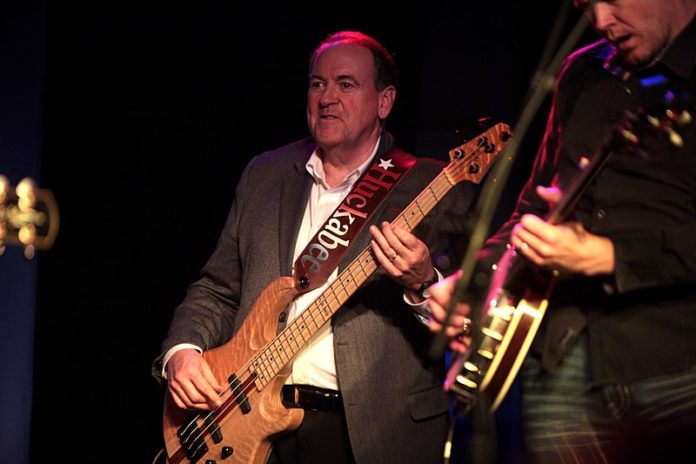 The CMA Foundation is a charitable organization dedicated to funding music education programs in schools. Huckabee seemed to be a perfect fit given his national recognition, his love of music, and the fact that his daughter Sarah Huckabee Sanders is the White House Press Secretary.

“As an organization we’ve been able to build a model of giving that is unique and innovative to the field, but most importantly, that model has been the catalyst for creating real impact in music classrooms and programs across the country. As we continue to advance social change, it’s incredibly important to continue expanding our executive board of directors with dynamic leaders.”

Social change. With those two words, Galante demonstrated exactly why Huckabee should not be on the board of the CMA Foundation.

You see, Huckabee is a conservative on social issues such as women’s rights and gay rights. And it’s his particular stance on homosexuality that caused an uproar in response to his membership.

Country music manager and owner of Sandbox Entertainment Jason Owen, who represents many artists, blasted the CMA Foundation board on Thursday for letting a bigot join them.

Owen, who is openly gay and married to his husband Sam, wrote:

“This man has made it clear that my family is not welcome in his America. And the CMA has opened their arms to him, making him feel welcome and relevant. Huckabee speaks of the sort of things that would suggest my family is morally beneath his and uses language that has a profoundly negative impact upon young people all across this country.”

Indeed, Huckabee is a vocal opponent of the LGBT community and has been for many years. The idea that he would be an inclusive board member is pretty laughable.

“What a shameful choice. I will not participate in any organization that elevates people like this to positions that amplify their sick voices.”

After a variety of country music stars, managers, and fans chimed in with their own objections, Huckabee was forced to resign.

The CMA issued a statement saying in part:

“The CMA Foundation has accepted former Governor Mike Huckabee’s resignation from its Board of Directors, effective immediately.”

But, as usual, Huckabee played the victim and accused those who protested him of bullying.

“I genuinely regret that some in the industry were so outraged by my appointment that they bullied the CMA and the Foundation with economic threats and vowed to withhold support for the programs for students if I remained. I’m somewhat flattered to be of such consequence when all I thought I was doing was voluntarily serving on a non-profit board without pay in order to (continue) my decades of advocacy for the arts and especially music.”

Huckabee really should be ashamed of himself for attacking those who opposed his involvement. Clearly, it’s important to them that the CMA represents inclusion and tolerance. Huckabee represents neither quality and is, therefore, a threat to schools that hold those values. We’re talking about a man who literally thinks discriminating against gay people is perfectly acceptable. How would he react to awarding funding to a gay music teacher? Probably not well.

Besides, the outrage against Huckabee was so great that the CMA would have risked crumbling if they had stood by him.

Perhaps this will teach Huckabee a lesson he desperately needs to learn. If he wants to be included and accepted by society, he should renounce his anti-gay views and apologize to all the LGBT people who he has hurt over the years with his hateful rhetoric.