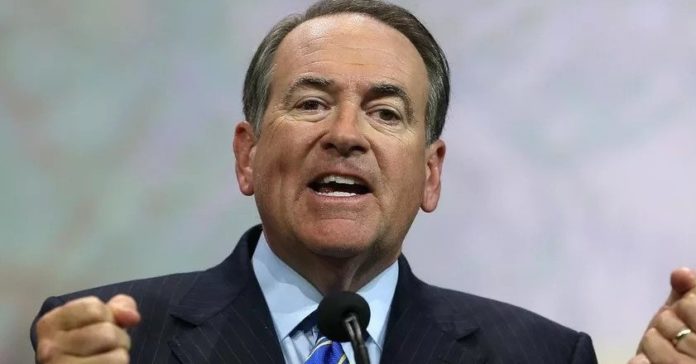 According to former Arkansas GOP governor Mike Huckabee, it may appear that the White House is in complete chaos, but that’s just an illusion and everything is operating like a fine Swiss timepiece.

Appearing on “Fox & Friends” Tuesday morning, Huckabee was asked about comments made by Senate Minority Leader Chuck Schumer (D-NY), who said “chaos and incompetence” is preventing the administration from carrying out its duties. Huckabee responded:

‘This this is a mantra that the Democrats have decided they are going to use, there is chaos in the administration. Have you ever been to a restaurant behind the scenes in the kitchen? I mean, I’m talking about a five-star restaurant.

“It seems like there is chaos back there. Here’s what happens when they bring the dish out and it’s absolutely fantastic, people are saying, ‘Boy, this is amazing, this is the best I have ever had.’ But if they saw what they called chaos was actually a very careful just execution of getting it done right.”

According to Huckabee, we should all ignore the reports that Trump spends 60 percent of his time in the residence, watching cable news and tweeting. We need to overlook the fact that hundreds of positions in the administration haven’t been filled and just enjoy the ride:

“What I think people are missing is that this is not chaos, this is an administration who has a leader who has so many things going on, is pushing so many buttons and so many things are on his table, on his plate, that frankly, his own staff has a hard time keeping up with him. His stamina is simply remarkable.”

Stamina? Trump doesn’t get to the office until 11 a.m. and leaves most days before 5 p.m. A tree sloth works more than that.

As for Huckabee’s analogy of this White House and a 5-star restaurant, it’s safe to say most of us wouldn’t want to eat anything that came out of this administration. And besides, Trump would probably serve cold hamburgers and pizza anyway.

Fox’s Mike Huckabee denies that the Trump White house is chaotic and incompetent by comparing it to “a five-star restaurant”: “It seems like there’s chaos back there” in the kitchen, but “what they called ‘chaos’ was actually a very careful execution of getting it done right.” pic.twitter.com/9qzTtGbR3F