The United States Blues
Home National News Mike Pence brags about his grandfather’s immigration to the U.S. and immediately... 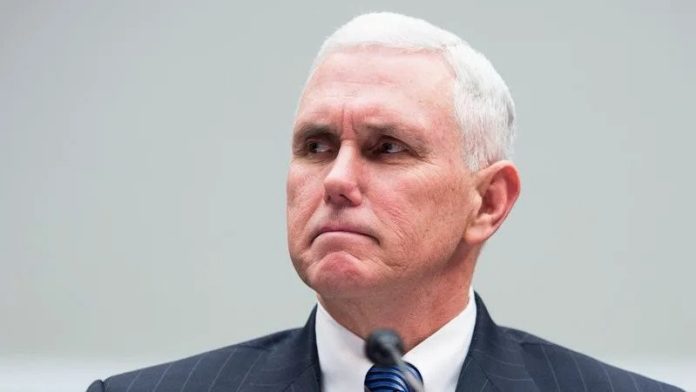 As it turns out, Vice President Mike Pence is just as willfully clueless as his boss when it comes to the issue of immigration and the fact that migrant children are currently being held at internment camps just because they’re seeking asylum in the United States, which is their legal right to do.

Pence recalled how his grandfather immigrated to the U.S. from Ireland in 1923:

On April 11, 1923 an Irish immigrant named Richard Michael Cawley stepped onto Ellis Island and began our family’s story in America. Because he had the courage and faith in America that is displayed in all of you, that’s how Michael Richard Pence became Vice President of the US. pic.twitter.com/bIcCwAZJRB

Many on social media called Pence’s tweet “tone-deaf” and reminded him about the deplorable conditions many immigrants are being subjected to right now thanks to the Trump administration’s heartless immigration policy. Children are reportedly being forced to sleep on cold concrete floors without blankets and are also denied basics such as soap and toothbrushes:

You sure love immigrants when they’re white

Isn’t that what the people at the southern border are trying to do? Help them

Wow, that’s rich. If he arrived today he’d be on his 100th day in an overcrowded cage with no end in sight, let alone access to basic human needs. Slainte?

Unbelievably tone deaf given what’s going on at the border

What? He wasn’t caged?

Had he applied for asylum and had papers when you went to Ellis Island? Did he have to spend time in cages? Asking for a friend.

Huh, to think the Irish were considered lazy, drunken, unable to assimilate. Lucky your ancestors didn’t try to immigrate under tRump, they would never be allowed in.

Apparently, Mike Pence has forgotten the reason he’s vice president has nothing to do with his grandfather and everything to do with Vladimir Putin. Maybe the Veep needs to move there and leave us alone.