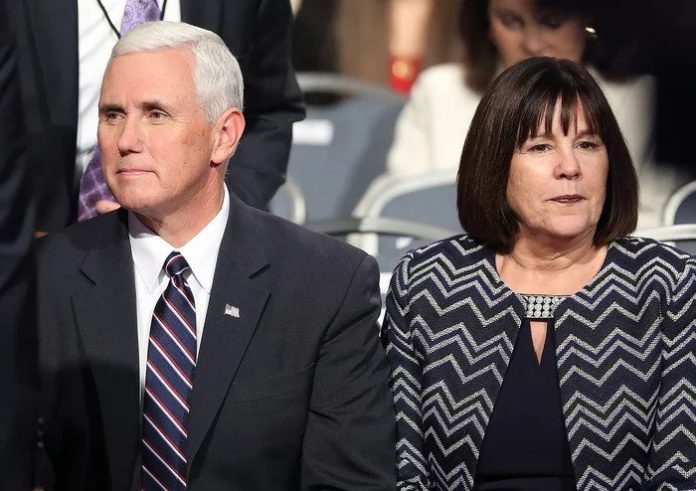 Karen Pence, the wife of Vice President Mike Pence, started a job this week as an art teacher at a school Northern Virginia that explicitly forbids any employee who may be LGBT. It also denies admission to any students who participate in or in condone homosexual activity.

“Moral misconduct which violates the bona fide occupational qualifications for employees includes, but is not limited to, such behaviors as the following: heterosexual activity outside of marriage (e.g., premarital sex, cohabitation, extramarital sex), homosexual or lesbian sexual activity, polygamy, transgender identity, any other violation of the unique roles of male and female, sexual harassment, use or viewing of pornographic material or websites.”

The application goes on to state that the school believes “marriage unites one man and one woman” and “a wife is commanded to submit to her husband as the church submits to Christ.” It also asks potential employees to explain their view of the “creation/evolution debate.”

Parents of students are explicitly told the school expects them to be a part of its “biblical morality” As part of that morality, parents must agree that marriage is sacred and a heterosexual practice.

A spokesperson for Mrs. Pence noted that she had previously taught at the same school for 12 years while her husband was a member of Congress and tried to make it sound as if asking such questions about the Second Lady were an attack on religion:

“It’s absurd that her decision to teach art to children at a Christian school, and the school’s religious beliefs, are under attack.”

But JoDee Winterhof, senior vice president for policy and political affairs at the Human Rights Campaign noted that Mrs. Pence clearly chose Immanuel Christian for its lack of a policy of inclusion:

“Why not teach at a school that welcomes everyone, instead of choosing one that won’t serve LGBTQ kids, kids of LGBTQ parents? The Pences never seem to miss an opportunity to show their public service only extends to some.”

The Vice President is also known to be opposed to equal rights for LGBT Americans:

Isn’t one of the fundamental tenets of the United States supposed to be inclusion and diversity? Then again, the Pences probably think we should run the country by the Bible instead of the Constitution. If they want to live in a theocracy that badly, they should book a one-way trip to Iran.