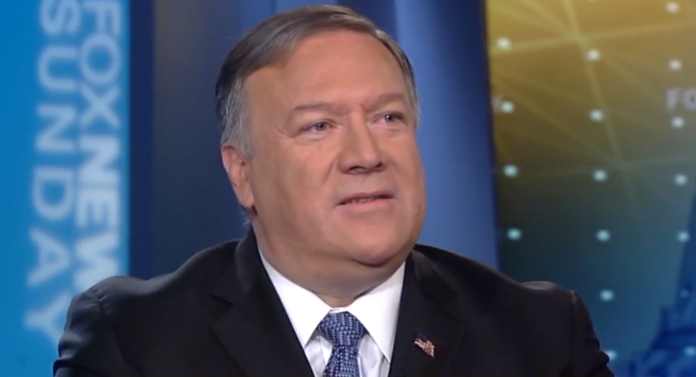 An interview with Secretary of State Mike Pompeo turned downright hostile on Sunday when Fox News host Chris Wallace dared to ask Pompeo about remarks President Donald Trump made this week about accepting dirt on his political opponents from foreign governments.

Wallace began the interview with the Secretary of State by asking:

“Is accepting oppo research from a foreign government right or wrong?”

“Chris, you know you asked me not to call any of your questions today ridiculous, you came really close right there.

“President Trump has been very clear, he clarified his remarks later, he made it very clear, even in his first comments, he said I’d do both. He said he’d call the FBI.”

The Fox host corrected his guest reminding him:

“President Trump has been very clear that he will always make sure that he gets it right for the American people, and I’m confident he’ll do that here as well.”

And when Wallace told Pompeo that Trump had later tried to walk back his comments to ABC News about welcoming help from a foreign nation to win an election, Pompeo testily remarked:

“But he also made it clear to George Stephanopoulos that he did not see this as foreign interference.

“He says it’s not interference, it’s information. The country, and I don’t have to tell you, has a long history dating back to George Washington in saying that foreign interference in our elections is unacceptable.”

“Chris, President Trump believes that too. I have nothing further to add. I came on to talk about foreign policy, and I think the third time you’ve asked me about a Washington piece of…silliness that, chased down a story that is inconsistent with what I have seen President Trump do every single day.”

It’s “silliness” to have a problem with the president saying he would love to receive dirt on a political rival from a foreign country? What’s really silly is the person who made those remarks in the first place and is such an absolute clown that the entire world is now laughing at the United States.