The United States Blues
Home News Mississippi Republican schooled for refusing to talk to female reporter unless she... 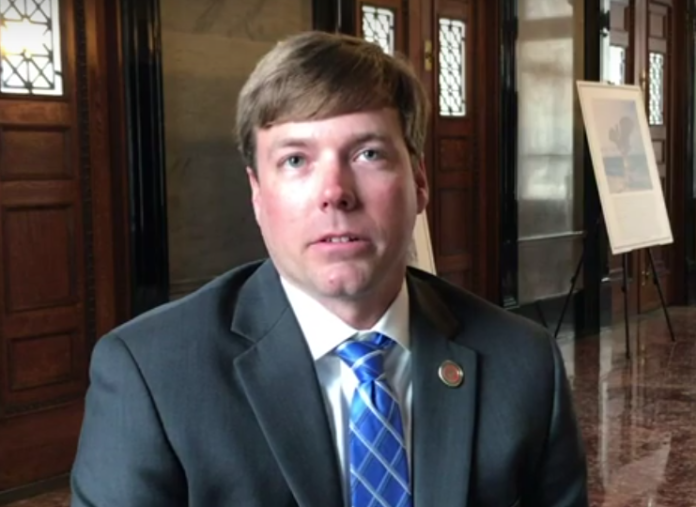 Mississippi GOP state Rep. Robert Foster, who is running for governor of the state, is the subject of mockery and ridicule this week after he refused to talk to a female reporter because she did not have a male chaperone.

Conservative evangelical men are generally hostile towards women and blame them for their own inability to control themselves. As such, when a female reporter sought to interview Foster this week, he refused.

The reporter, Larrison Campbell of the news site Mississippi Today, wrote in an article published on Tuesday night that Mr. Foster’s campaign manager, Colton Robison, had told her that a male colleague would need to accompany her for a “ride-along” on a 15-hour campaign trip around the state.

Mr. Robison said that the campaign “believed the optics of the candidate with a woman, even a working reporter, could be used in a smear campaign to insinuate an extramarital affair,” Ms. Campbell wrote.

Foster invoked what is known in conservative “Christian” circles as the “Billy Graham rule”, a ridiculous imaginary rule that forbids men from being alone with a woman who is not his wife. Vice-President Mike Pence even follows this practice, which is discriminatory against women while giving men some kind of pass to treat them like it’s the 19th century.

In response to criticism, Foster whined.

As I anticipated, the liberal left lost their minds over the fact I choose not to be alone with another woman. They can’t believe, that even in 2019, someone still values their relationship with their wife and upholds their Christian Faith. #msgov #mselex

Sounds to me like you’ve cheated before and now you’re on a tight leash.

What happens if you’re driving alone and you get pulled over by a female police officer?

Do you just flash your “I Can’t Roll Down My Window Because You’re Kinda Hot and I Can’t Trust Myself” card and drive away?#conundrum

Right? And what about elevators? Does he have to get off the elevator if he’s alone and a (gasp!) woman gets on? Ridiculous. What a child.

My problem Bob is not only does this have nothing to do with the Bible (ie: you don’t read it) but it is directly contradicted in Luke 10:38-42. So don’t sit there and invoke “liberals don’t know the Bible.” We just don’t make stuff up & pretend it’s the Bible. Cause we read it.

The fact that you don’t think you can control yourself to be professional when you’re alone with a woman is more telling.

I can’t believe, in 2019, that a man believes he can’t be around a woman without cheating.

Can you be around a baseball bat without hitting someone with it? Are you just a primitive animal with no control?

Nothing says “upholds marriage” like saying to a female journalist “please bring a male colleague to cock block me in case I try to bang you whilst you’re working”.

You’re running for governor of a state that has over one million women who don’t happen to be your wife, and you can’t be in any of their presence without a chaperone? Sounds disqualifying to me.

It really doesn’t look good for Robert Foster right now. Conservative evangelicals will approve of it because they are super into Christian Sharia law, but the rest of society, which lives in the 21st century, is laughing at the absurdity. If Robert Foster, or any other conservative male for that matter, can’t trust themselves to behave appropriately with a woman in a professional setting, they should not be running for office and they deserve to lose. Women make up over 50 percent of the population and more women turn out to vote than men do. Reporters are there to do their job, they aren’t there to get into candidate X’s pants. Foster disrespected women and that tells them exactly who they should not vote for this November 5th.

(Writer’s note: I am not related to Robert Foster.)