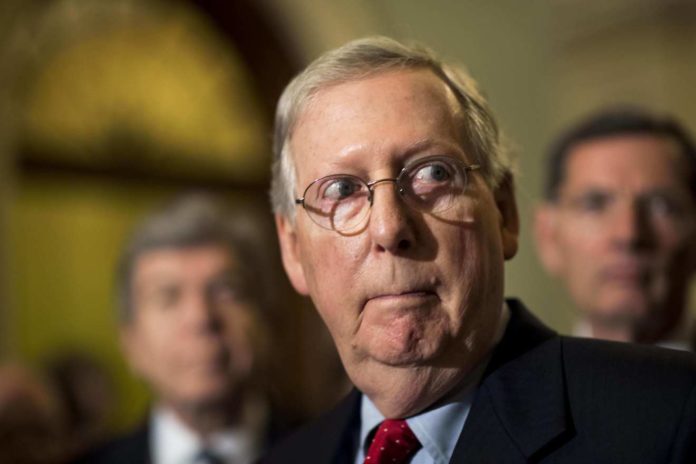 Senate Majority Leader Mitch McConnell (R-KY) said Monday that if a Democrat is elected president in 2020, he will do everything in his power to obstruct any legislation the new president sends to the Senate.

“If I’m still the majority leader in the Senate [in 2020], think of me as the Grim Reaper. None of that stuff is going to pass.”

What “stuff” is McConnell referring to? Things like the Green New Deal to save the environment and Medicare for all to make sure every American has decent, affordable health care. In other words, things that a majority of voters say they support:

“I guarantee you that if I’m the last man standing and I’m still the majority leader, it ain’t happening. I can promise you.”

Ironically, earlier this month McConnell penned an op-ed in which he whined that Democrats were obstructing President Donald Trump, writing:

“This new, across-the-board obstruction is unfair to the president and, more importantly, to the American people.”

Also, keep in mind this is the very same Mitch McConnell who eagerly obstructed former President Barack Obama for eight years and even prevented Obama’s last Supreme Court nominee from even getting a confirmation hearing. Remember Merrick Garland? That was all McConnell’s doing, but now he’s saying he’ll gladly do the same thing if another Democrat is elected in 2020. Does this man have no shame at all?

The answer, sadly, is that neither McConnell or any member of the GOP has a shred of shame or decency They have surrendered to the most immoral man to ever hold the office president and sold their souls to highest corporate bidder.