The United States Blues
Home News Morning Joe Calls Out Trump And Pence For Lying About Immigration To... 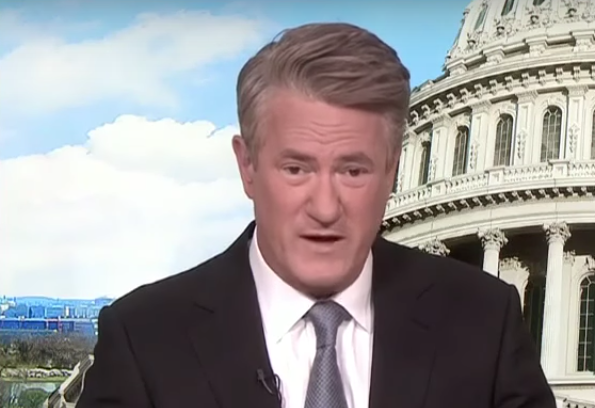 Morning Joe host Joe Scarborough tore into President Donald Trump and Vice-President Mike Pence on Monday for lying about immigration to create a border crisis, and he used statistics to prove it.

As Trump continues to desperately pursue his border wall by keeping the government shuttered for a third straight week, Joe Scarborough provided a fact-check of his lies about immigration ad shamed Pence for going along with the scheme.

Trump’s administration is “based on a caravan of lies,” Scarborough began before pointing out that Trump’s lie about 4,000 terrorists being caught trying to cross the border is false according to the government’s own data. It’s a talking point that even Fox News anchor Chris Wallace refused to let stand when White House press secretary Sarah Huckabee Sanders repeated it on Sunday.

Scarborough also laid waste to Trump’s lie about how many migrants are trying to cross the border because statistics show illegal immigration is at record lows.

“You can look at government statistics to see that, in fact, the number is, as we say on this show and we’ve been saying during the campaign, there’s actually a negative net flow going back into Mexico,” Scarborough said. “You could literally go line by line by line, the president talking about applying for citizenship at the southern border. That’s not where you apply for citizenship at the southern border.”

Scarborough then reminded everyone that the wall was used as a “memory device” during the 2016 campaign and was not supposed to be a serious policy. Trump was just too stupid to remember to talk about illegal immigration so they gave him something easy to say at rallies.

“Their entire ruse of this wall, which we found out, in fact, was just a memory device so the president would remember to talk about illegal immigration — it’s all a farce,” he continued. “It’s all the little fat guy behind the curtain in ‘The Wizard of Oz,’ except he’s no wizard, he’s a shameless reality TV game host turned demagogue and our country is in a shutdown because of it.”

He concluded by calling out Pence for going along with Trump’s lies.

In addition, Trump has repeatedly claimed that his wall will stop drugs from pouring through the border, but that’s also a lie because most drugs enter the United States through legal ports of entry, something a wall won’t fix.

It won’t even stop migrants from entering the United States because they’ll just find new ways to get in like sailing around the wall on either side or flying over it or tunneling under it.

It’s time for facts to win out and for Trump to give up his wall fight.