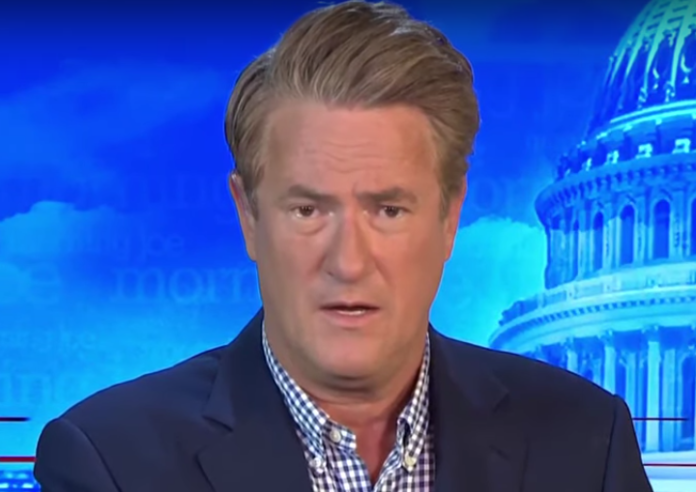 Rather than go after President Donald Trump on Monday for inciting violence and spewing anti-immigrant rhetoric that led to a mass shooting in El Paso that left 20 people dead, Joe Scarborough took aim at Trump’s corporate supporters instead.

A white nationalist carried out a mass shooting inside a Walmart on Saturday in response to Trump’s claim that thousands of migrants are “invading” the United States along the southern border.

Americans are now crying out for gun reform like never before as well as a crackdown on white nationalism.

But as usual, Republicans and Trump won’t do anything except offer “thoughts and prayers” to the victims and their families.

Clearly, shaming Trump won’t work to get legislation passed and signed, so Morning Joe host Joe Scarborough decided to adopt a new strategy. After all, money talks and the corporations and wealthy individuals who give money to Trump’s campaign could be more easily swayed if people boycott them for giving money to someone who has blood on his hands.

Scarborough began by pointing out that he could recite a laundry list of Trump’s hateful rhetoric, but the problem is that no matter how many times we recite the list, it just keeps getting longer without any changes to his behavior.

And that’s why Scarborough thinks shaming Trump’s wealthy corporate backers would work better, because Trump values money above all else, which means he may modify his behavior if people stop giving it to him and his campaign.

“It doesn’t take a great imagination, in fact, it takes a great deal of denial on the part of any Donald Trump supporter not to hear this continued hateful language, to not hear the continued warnings from people saying this will lead to violence, and then to try to pretend that what happened in El Paso wasn’t connected directly to the hate speech of Donald J. Trump,” he said.