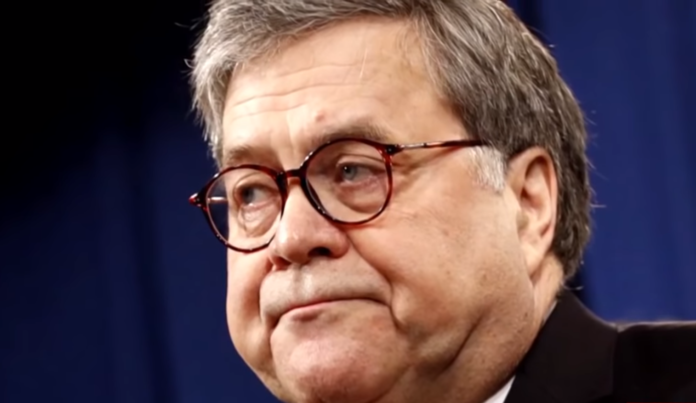 Earlier this month, the House of Representatives in the Judiciary Committee voted to hold Attorney General William Barr in contempt of Congress for his refusal to turn over an unredacted copy of the report from Special Counsel Robert Mueller, along with the supporting evidence obtained by the Mueller team during their investigation into the 2016 election.

In recent days, there have also been calls to impeach both Barr and his boss, President Donald Trump, though it seems unlikely either would be convicted in the Senate, which is controlled by Republicans.

All of this led “Morning Joe” host Joe Scarborough to suggest Tuesday that there’s another way for congressional Democrats to punish Barr for his role in the cover-up being conducted by the White House:

“I tell you something that could be done more quickly and more effectively is looking back at what happened with Bill Clinton. Yes, Bill Clinton got impeached, but you know what else? He got disbarred from the Arkansas Supreme Court for committing perjury.

“You have the attorney general of the United States of America who has committed perjury — it’s on tape.”

“The truth is out there, the evidence is out there and as a certain New York City broadcasting legend said, let’s go to tape. I mean, that’s what they should do. He’s unworthy to be attorney general of the United States, and he is unworthy of even being an officer of the court because he is lying every day.”

It’s certainly an intriguing notion, isn’t it? If Barr did indeed committed perjury with his testimony to congressional committees, then he has violated the oath he took as an attorney and member of the bar. That alone would be sufficient grounds for him to be disbarred.

With each passing day, it becomes clearer that this entire administration thinks they can lie with impunity. Maybe it’s time they get the message that their words and actions do indeed have consequences.