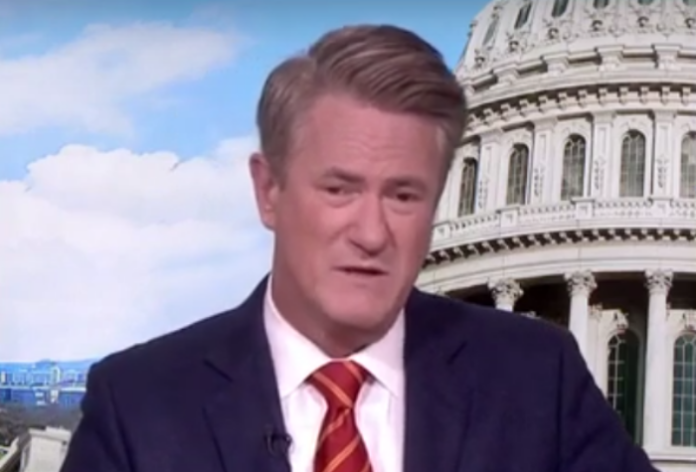 Trump spent Sunday morning rage tweeting about the Russia investigation and the case against his former lawyer and “fixer” Michael Cohen. The mob boss-like tweet referred to Cohen as a “rat” and accused the FBI of illegally breaking into Cohen’s offices.

Remember, Michael Cohen only became a “Rat” after the FBI did something which was absolutely unthinkable & unheard of until the Witch Hunt was illegally started. They BROKE INTO AN ATTORNEY’S OFFICE! Why didn’t they break into the DNC to get the Server, or Crooked’s office?

Former FBI Director James Comey and former federal prosecutors were quick to call out Trump’s mobster language and reminded everyone that the FBI had a warrant allowing them to search the offices legally.

This is from the President of our country, lying about the lawful execution of a search warrant issued by a federal judge. Shame on Republicans who don’t speak up at this moment — for the FBI, the rule of law, and the truth. pic.twitter.com/c5dhQBnmyi

Sir, in mobster lingo, a ‘rat’ is a witness who tells prosecutors real incriminating info. Perhaps a different word? Searches of lawyer’s offices common enough that DOJ has a procedure for them. Here it yielded evidence of crimes you said he should be jailed for. You should stop. https://t.co/EV1txBYrhz

I know it’s hard when you try and hide behind a lawyer & attorney client privilege & it doesn’t work because two different Judges said very little was privileged because he wasn’t really your lawyer but your fixer. Saw it all the time in Mafia cases, so I get that it’s scary. https://t.co/br4kLZdXWn

Trump’s lack of knowledge about criminal justice is mind boggling. Prosecutors obtain “search warrants” from federal judges by showing probable cause, in compliance with the 4th Amendment, as they did to search Cohen. Trump only sees rats & witch hunts in cases where he’s at risk https://t.co/CznxrP3dbm

Scarborough made the same observation about calling someone a “rat” on Monday.

First, he praised National Review writer and Fox News guest Andrew McCarthy, who has frequently attacked the Russia investigation, for his Twitter response to Trump’s tweet, which can be seen above.

This is a red flag for Trump as McCarthy is usually one of his defenders.

“He is also behaving like a mobster, Scarborough continued. “This is what mob bosses say, and by the way, when you use the word ‘rat,’ that is somebody who is telling the truth to the feds.”

But Scarborough also pointed out that Trump literally suggested that someone break into the DNC.

“We had a Republican president suggest without irony that somebody should break into DNC headquarters,” he said. “We’ll just let that hang out there. The president is unhinged.”

Scarborough makes a good observation. Not only did the Russians hack into the DNC at Trump’s own suggestion during the 2016 campaign, but former President Richard Nixon also resigned in disgrace after getting busted for his involvement in the break-in at DNC headquarters at the Watergate Hotel in 1972.

Trump’s suggestion that someone break into the DNC again is disturbing.