The United States Blues
Home National News Morning Joe laughs at Trump for his endless whining about the Mueller... 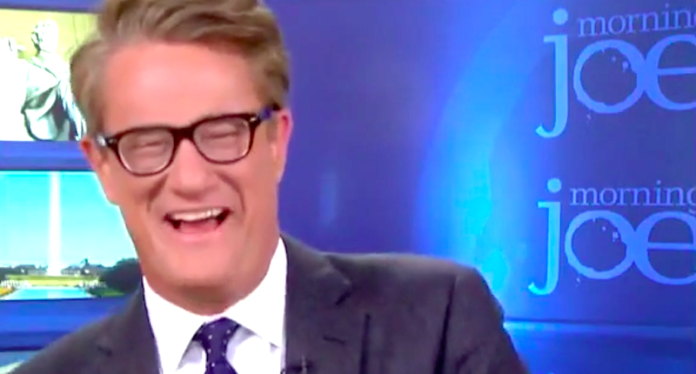 According to President Donald Trump, the Mueller report which was released last week totally exonerates him and proves he did nothing wrong as it relates to the 2016 election or the investigation he repeatedly tried to destroy over the past 22 months.

But as MSNBC’s Joe Scarborough and Mika Brzezinksi noted Monday on “Morning Joe,” the president’s angry tweets over the weekend suggest he’s still very worried about the evidence presented by the special counsel.

On Easter morning, Trump sent out this cheery tweet:

Happy Easter! I have never been happier or more content because your Country is doing so well, with an Economy that is the talk of the World and may be stronger than it has ever been before. Have a great day!

But just a couple of hours later, this appeared on the president’s Twitter feed:

Despite No Collusion, No Obstruction, The Radical Left Democrats do not want to go on to Legislate for the good of the people, but only to Investigate and waste time. This is costing our Country greatly, and will cost the Dems big time in 2020!

So what gives? If Trump thinks he was exonerated and all is well, why does he keep trying to defend himself? Brzezinski wondered that, too, remarking:

That led Scarborough to note:

“Despite the president as angry as he was, both the president and his aides want to tell you that they’re happy. I think this shows resilience, and I think it shows the sort of can-do attitude needs to have even after one has been found guilty in a report of possibly obstructing justice. They couldn’t even clear him, which makes me sad.”

Everything’s just great at the White House, according to administration officials. And yet, their boss is sending out crap that certainly sounds like something a caged animal would say if it could talk:

How do you impeach a Republican President for a crime that was committed by the Democrats? MAKE AMERICA GREAT AGAIN!

Yeah, he sounds exonerated, doesn’t he?