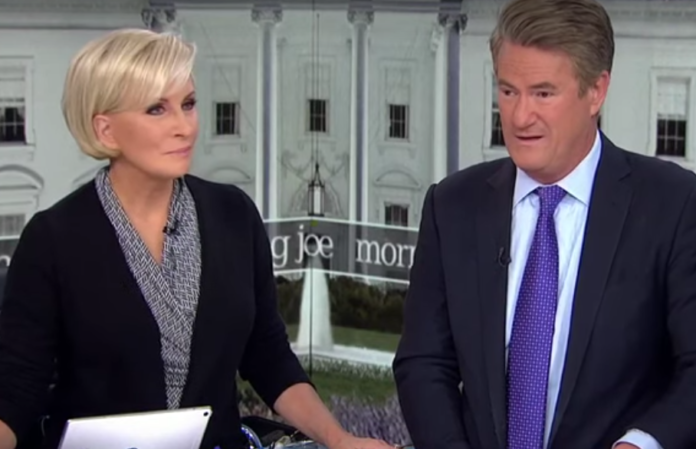 The “Morning Joe” panel ripped Attorney General William Barr to shreds on Friday for not standing up to President Donald Trump, pointing out that even former acting Attorney General Matt Whitaker had more of a spine.

Throughout his congressional testimony this week, Barr has carried Trump’s water instead of being an independent Cabinet official, going so far as to repeat the debunked claim that the FBI “spied” on Trump’s 2016 campaign and gave ludicrous reasons for not handing over the Mueller report.

While Barr is obviously making Trump happy, the rest of the country sees him as a coward and sycophant, and that includes the entire “Morning Joe” panel.

MSNBC analyst John Heilemann began by shaming Barr for being a “political hack” instead of an attorney general. “He’s been fully Trumpified,” he said.

Joe Scarborough noted that the facts will come out and when they do Barr’s “reputation will be sullied forever.”

He pointed out that Barr knows all about the FISA warrant and surveillance process since he served as Attorney General previously back in the early 1990s. Therefore, Barr should understand better than anyone that the Russia investigation was a legitimate and properly run federal investigation.

“He is surrounded by people who believe these conspiracy theories,” Washington Post columnist David Ignatious chimed in. “It takes strong character in a period like this to resist lies. You have to stand up, you have to take risks, and Barr, looking at him, I felt looked like a weak attorney general who is not prepared to dig in and tell the country the truth, even though it would risk meaning the president was angry at him. He didn’t seem like the man to do that.”

That’s when Scarborough pointed out that even former Attorney General Jeff Sessions and former acting Attorney General Matt Whitaker had both stood up to Trump during their tenures, thus making Barr look even weaker.

Sessions recused himself from overseeing the Russia investigation, which Trump repeatedly attacked him for doing. And Whitaker refused to install Trump cronies at the Southern District of New York to sabotage the investigations in that office.

“I’m going to bring up two names of people, when the time came that their country called on them to do the right thing, they did it,” Scarborough said. “Attorney General Jeff Sessions — he did what was required by law, he did what was required by the ethics of the situation — and, yes, I’m going to say it: Matthew Whitaker. When the president of the United States pressured Matthew Whitaker to do something that he knew to be improper, he stood up to the president of the United States. Let that be said.”