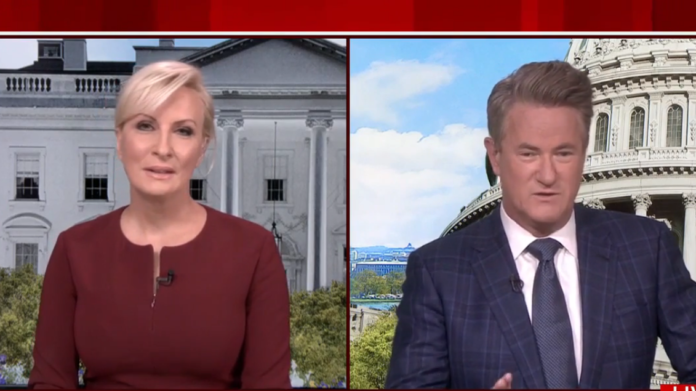 While we’ve long known that President Donald Trump is a petulant, irrational man child who says and does things more often associated with a spoiled adolescent, the sitting president was in rare form over the weekend, embarrassing himself with remarks he made while visiting California and questioning why it took so long for the U.S. military to locate and kill terrorist leader Osama Bin Laden.

“What a weekend of Trumpisms.”

“He took the Trumpisms and — some would say, not me — but some would say he took crazy to 11, if we want to borrow parlance from ‘Spinal Tap.’ Ten is loud, 10 is crazy — he turned it up to 11 on the dial. There’s so much to go through here. A lot of disturbing things, a lot of things just showing a guy even more out of touch than usual, if that’s even possible.”

That led National affairs analyst John Heilemann to observe that Trump has three distinct characteristics that explain his strange behavior:

“I’ve stopped trying to disentangle them. You know, yes, desperate, scared, frightened, realizing, I think, for the first time after — you know, this is not a new observation. Well, for a couple years you looked to Trump’s behavior and said he doesn’t seem to think about what will happen to him if he loses one or both houses of Congress in the midterms.”

Since the loss of the House in the midterm election, Heilemann went on to add, Trump’s mental deterioration has only escalated:

“He did a lot of irrational things over the course of the last two years. We noted it at the time. It does feel as though, as it has for all of us only we all got there a little quicker, the scale of the defeat for the party, the depth of it, the breadth of it and the implications of it have finally sunk in, and the more they sink in for him the more he goes into delusional dingbattery.”

Trump knows he’s about to be under investigation on multiple fronts: From the ongoing probe being conducted by Special Counsel Robert Mueller and via endless subpoenas and hearings from the House of Representatives. He’s lashing out like a cornered animal, but all of his “dingbattery” only serves to confirm that he’s unfit for office.