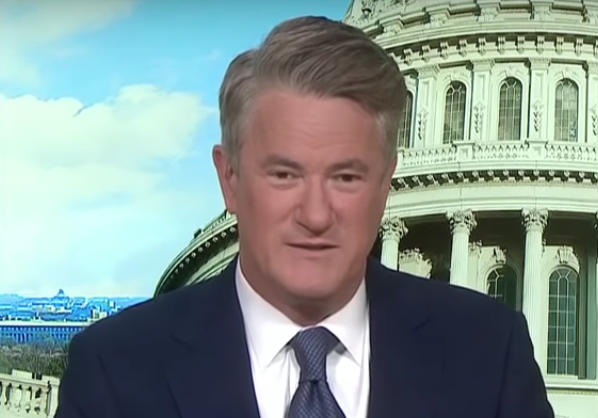 President Donald Trump can’t even tell the truth about an honest mistake, resulting in Morning Joe host Joe Scarborough ripping Trump supporters for believing he doesn’t lie even though videotape proves the opposite.

Last week, Trump mistakenly referred to Apple CEO Tim Cook as “Tim Apple” while seated between him and Ivanka at the White House.

“I mean you’ve really put a big investment in our country,” Trump said. “We appreciate it very much, Tim Apple.”

But when asked about the mistake by donors at Mar-a-Lago on Friday, Trump denied it and claimed that “fake news” is making the story up.

Trump told the donors that he actually said “Tim Cook Apple” really fast, and the “Cook” part of the sentence was soft. But all you heard from the “fake news,” he said, was “Tim Apple.”

Two donors who were there told me they couldn’t understand why the president would make such a claim given the whole thing is captured on video. Nobody cared, they said, and Tim Cook took it in good humor by changing his Twitter profile to Tim Apple.

“I just thought, why would you lie about that,” one of the donors told me. “It doesn’t even matter!”

Yet, Trump supporters refuse to acknowledge that Trump is a pathological liar.

On Monday, Scarborough and Mika Brzezinski showed clear video proof that Trump called Cook “Tim Apple” and slammed him for lying about it.

“In a move that stunned even his own donors, President Trump denies what you just heard,” Mika said.

“It never happened,” Scarborough chimed in. “Don’t believe your eyes.”

“He insists he said Tim Cook’s name correctly, and it’s just the fake news media playing a big trick on everyone,” Brzezinski said before pointing out that Trump is now approaching 10,000 lies since taking office. “Added to the sad steady march toward 10,000 lies in office — literally that number, that’s where we are.”

“I love when people say, ‘Oh, he doesn’t lie, give me an example.’ You have it there on videotape, and as his donors were saying this weekend at Mar-A-Lago, it’s on videotape. It’s on videotape yet he calls it fake. Again, there are those who believe what they believe. Let those who have ears hear.”