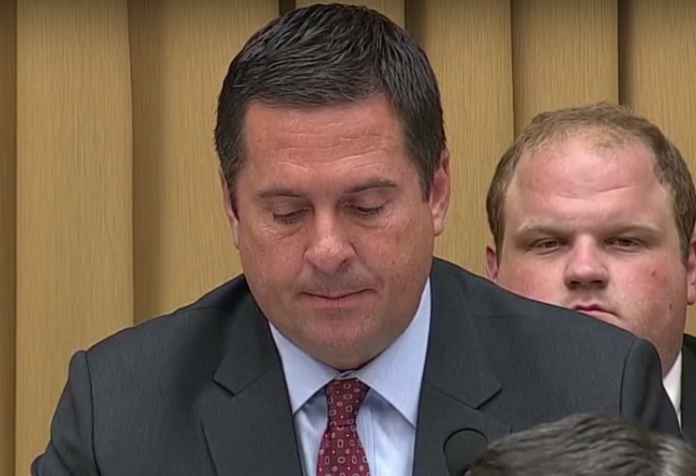 The Mueller hearings on Wednesday were the perfect opportunity for Republicans like Rep. Devin Nunes (R-Calif.) to learn more about President Donald Trump’s corrupt criminal activities. Instead, they spent their time spouting conspiracies and attacking Democrats like true fascists.

While Democrats spent their time educating the public by walking Mueller through his own report, Republicans like Nunes rattled off conspiracies and accusations against Democrats.

Nunes accused Democrats of colluding with Russia, an accusation that has been repeatedly debunked because there’s just no evidence to back up such a claim.

After all, Hillary Clinton’s campaign did not meet with Russians in Trump Tower to discuss getting dirt on her opponent. That was Trump’s campaign.

On Thursday morning, Morning Joe host Joe Scarborough did not hold back on his criticism of Nunes.

“The stupidity of Devin Nunes I still find to be stunning,” he said. “It’s breathtaking just how inept he is.”

Scarborough then torched Republicans for calling Democrats “socialists” and said that Democrats should fire back by calling Republicans “fascists”.

“So these certain stupid Republicans will call capitalists, Democrats who are capitalists, socialists,” he continued. “So playing by these rules, I will tell you, were I a member of the Democratic caucus, and somebody called me a socialist and I was a capitalist, I think it’s a fair question to ask if you can start calling them fascists. If this is the world we’re now going into where socialist is being thrown around recklessly, why, just curious, why Democrats can’t just start calling every Republican fascist, if that’s the game the Republicans want to play.”

Nunes is clearly auditioning to become the next Director of National Intelligence. The problem is Nunes doesn’t have any intelligence that qualifies him for the job. He’ll abuse the position to cover up Trump’s crimes and persecute Democrats just like is he abusing his current position as a congressman.

That’s what fascists do. Republicans are obsessed with labeling anything Democrats support as “socialism” even as the GOP agenda is socialism for the rich. This tells you all you need to know about how much Republicans care about the American people. They don’t give a single damn. Republicans embarrassed themselves at the Mueller hearing by demonstrating that they don’t care about democracy, facts or the rule of law anymore. They only care about their own power and they will do anything to keep it even if it means spitting on the Constitution.