The United States Blues
Home Healthcare Morning Joe trashes Republicans for not having a plan to replace Obamacare... 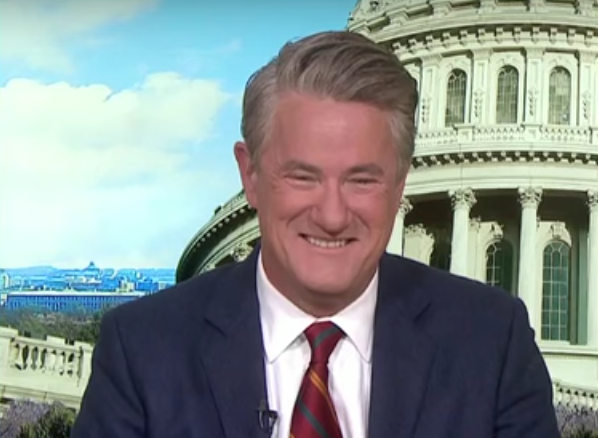 Just hours after President Donald Trump promised that Republicans would have a secret plan to replace Obamacare as long as Americans vote for them in 2020, the Morning Joe panel trashed him and the GOP for not having a plan despite trying to kill the healthcare care for a decade.

On Monday night, Trump insisted Republicans have a plan but we can’t see that plan until 2020, and he and the GOP must be allowed to retain power first before they’ll unveil it.

“Morning Joe” hosts Joe Scarborough and Mika Brzezinski literally laughed at Trump’s promise, and Scarborough would go on to compare it to former President Richard Nixon’s promise that he had a secret plan to get America out of Vietnam when he actually didn’t.

Scarborough then said it would be like the Democratic Party promising to be “pro-life” and slammed Trump for lying about “everything involving healthcare” since the 2016 Election because he promised not to cut Medicaid or Medicare, but his new budget includes cuts to those very programs.

Now Trump is desperately making new promises ahead of 2020, and Republicans are already panicking because they don’t have a plan and they got demolished in 2018 for trying to repeal Obamacare in 2017.

Scarborough then blasted Republicans for attacking Obamacare for a decade without having a single good plan to replace it.

“Republicans have been attacking Obamacare now for a decade — a decade,” he said. “They’ve had no response to Obamacare for a decade. Now we have a president, the head of their party, saying we’re not going to even have a plan to replace Obamacare by the time you guys go to vote next November. It’s really — it’s staggering how bereft of ideas this party is.”

Indeed, Republicans have no plan and neither does Trump. He is literally trying to dupe Americans into re-electing him by making a promise he has no intention of keeping. And even if he does, no plan he unveils will be superior to the universal healthcare plan Democrats are already offering. Clearly, Democrats have the credibility and the moral high ground on this important issue.

“Now he’s saying we have no plan, we’ll have a plan sometimes after 2020,” Rattner said. “He’s been in office for two years. Every poll says this is the most important issue. He obviously doesn’t have a plan because he can’t have a plan. There is no Republican plan anywhere within the Republican ecosystem that would satisfy Republicans’ views of how health care should be implemented and still protect Americans, not just against pre-existing conditions, but have insurance altogether. And that’s the conundrum they’re facing. They’re trying to play a game with the American voters of kicking the can past the election and fool Americans that they have never had a plan, and never will have a plan that people will like.”

Mika concluded by observing that “it’s much easier to make false promises about a plan that doesn’t exist.”