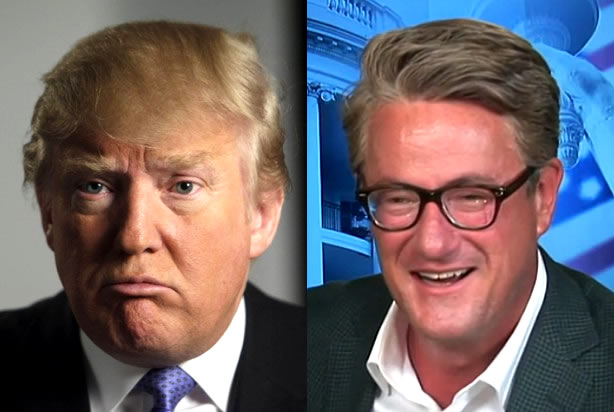 Even though the midterm election is still four days away, President Donald Trump is already trying to place blame for what is expected to be a poor showing by Republicans on anyone and anything he can think of.

As MSNBC host Joe Scarborough pointed out Friday morning, new polls show that the vast majority of Americans are rejecting Trump’s strategy of trying to use fear and hatred in the closing days of the 2018 campaign:

“America is starting to make a decision, and one poll after another poll — whether you’re talking about in Nevada, which is leaning Democratic, and Arizona, most polls are going Democratic. Even in Texas, where conservatives were mocking Beto O’Rourke a week or two ago, saying that he was a made-for-TV candidate and a loser, Beto down only three points now.”

Scarborough also noted Republican pollsters are warning that Trump is a huge drag on the efforts of his party’s candidates across the country:

“This race is getting tight. If you ask most Republicans on Capitol Hill why that is, why it is breaking the Democrats’ way, they will tell you Donald Trump. He’s playing front and center, he’s playing to his 23, 25 percent, he’s filling up arenas to make himself feel better.”

As a result, the president has already begun to point the finger at others instead of admitting that he’s the reason the GOP may lose control of both houses of Congress:

“Last night, he publicly complained — can you believe this? — he complained and whined that the murder of people inside a synagogue, that shooting and the wounding of six police officers in Pittsburgh and 14 pipe bombs that were mailed to American leaders who just happen to be people that he’s called the enemy of the people, last week, all those hurt Republicans’ electoral chances, and he was whining about this last night.”

If Democrats do win big next Tuesday’s midterm election, expect more anger and finger pointing from Trump. In his twisted mind, he can do no wrong, and nothing is ever this fault. And that could well mean that his own party will eventually turn on him and help remove him from office.