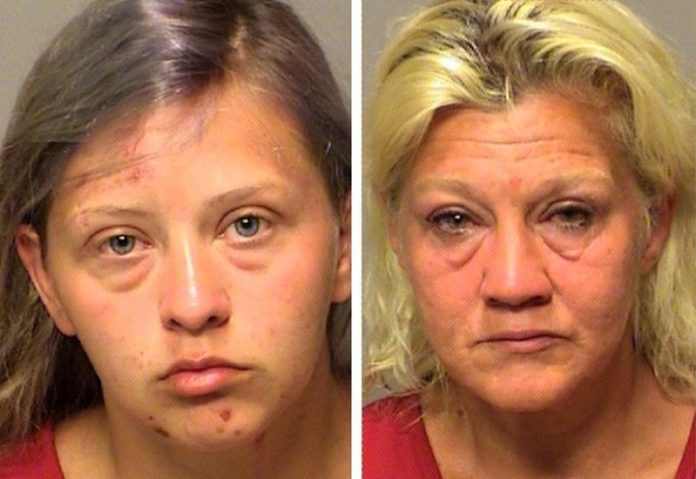 A mother and daughter of Bolingbrook, Illinois were recently arrested following a crime spree worthy of Thelma and Louise. The Chicago Tribune reported that the pair’s suspected criminal actions led to the injury at least half a dozen people.

Tatianna Guzman and Kimberly Gavaris, daughter and mother respectively, were arrested on charges ranging from intimidation and battery to neglect of a dependent. Both sets of charges included public intoxication.

Police allege the women, who were intoxicated, later threatened to kill officers as well as a representative from Child Protective Services called in to take Guzman’s two young daughters, a report said.

What kicked off the series of unfortunate events, however, was different. Police responded to a call from Porter, Illinois’ beach, and Ms. Gavaris’s dog was off the leash.

After being asked to keep it away from a black family with children, Gavaris and her daughter allegedly screamed racist slurs at the family. So far, the police have been unable to locate the family, something that disappoints Capt. John Lane, Porter’s police chief.

“Frankly, this was racially motivated. I would like to push this further.”

And though racism remains an important factor in this and even more serious cases of racial abuse, rage was another.

During the arrest and subsequent detention, Guzman allegedly charged both at police officers and a representative from Child Protective Services, who now hold custody of her daughter. Other allegations include that Guzman threatened the lives of the families of Capt. John Lane and the CPS representative, as well as Guzman attempting to bite the police.

The mother and daughter are currently in county jail and the dog has been picked up animal control.

Only time will tell whether or not the police department can locate the family, and which way the courts will go on the case.