The United States Blues
Home News MSNBC’s Donny Deutsch burns Trump to the ground by quoting from ‘The... 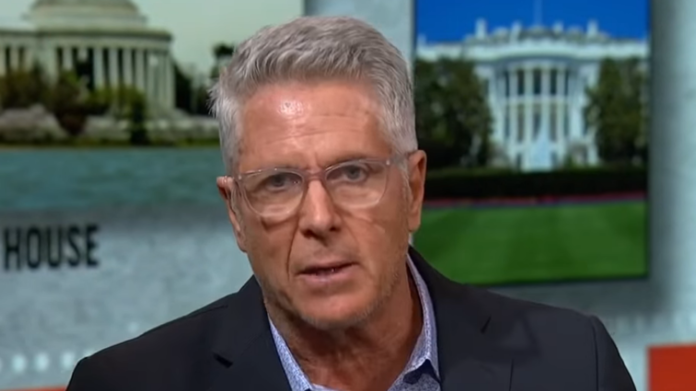 On Friday, it was reported that President Donald Trump was planning to send undocumented immigrants to sanctuary cities such as San Francisco, and that led MSNBC’s Donny Deutsch to say on “Deadline: White House” that the best way to fully understand Trump is by examining “The Profile of a Sociopath” which is based on the psychopathy checklists of H. Cleckley and R. Hare.

Deutsch began reading, and it quickly became obvious that everything he was saying applied to the current president:

“They never recognize the right of others and see their behaviors as permissible, their victim is merely an instrument to be used. There’s no remorse, shame or guilt, they don’t see others around them as people, but only targets and opportunities.”

Isn’t that exactly what we’ve seen from Trump over the past 27 months?

But Deutsch was far from finished, and the more he read, the more chilling his recitation of the scientific facts became:

“Instead of friends they have victims and accomplices who end up as victims. They’re callous and have a lack of empathy. They’re unable to empathize with the pain of their victims, having only contempt for others’ feelings of distress and readily taking advantage of them. They believe they’re all powerful, all knowing, entitled to every wish. No sense of personal boundary and no concern for their impact on others.”

Just doing political analysis of Donald Trump is inadequate to understanding what drives him, Deutsch noted:

“We have to be frightened and outraged. This president is showing the behavior of every autocratic despot in the history of the world.

“And there starts to need to be fear and outrage and not just analysis.”

“Donny, I have to just give the disclaimer we can’t diagnose him here, but I appreciate your thoughts. I share your fear and your outrage.”

And it’s safe to say that anyone who doesn’t share that same fear and outrage is also guilty of being either a sociopath or an enabler. This has to end if our country is going to have a future. Otherwise, we will wither and fall just like Rome did.