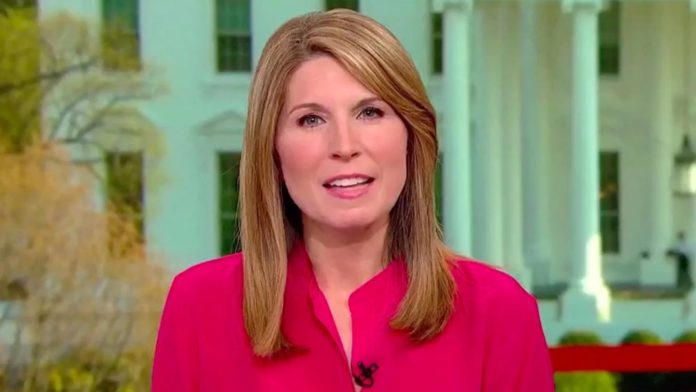 For some time now, it’s been abundantly clear that President Donald Trump isn’t exactly the sharpest knife in the pantry. His rambling, incoherent pronouncements, tweeted gibberish, and the blank look on his face when asked a question are dead giveaways that he’s a few bricks short of a load.

Monday on MSNBC, host Nicolle Wallace made what could wind up being the definitive comparison between Trump and another know-nothing Republican: Former Alaska governor and VP candidate Sarah Palin. Wallace noted:

“In the same way that Katie Couric’s interview with Sarah Palin revealed her staggering deficiencies as a vice presidential candidate and the yawning gaps in her knowledge about world events and policy, Chris Wallace’s Sunday interview with Donald J. Trump reveals that nothing is sacred.”

Wallace then went on to lay out her case against Trump:

“Not an American hero who commanded the operation that took down Bin Laden. Not a national holiday which America pays tribute to the men and women of the military who give their lives to protect our freedom and security. Not the man who serves as the president’s chief of staff or the woman who enacts his hard-line immigration policies. Nothing and no one is spared from Donald Trump’s obsession with himself.”

But it’s more than just a lack of intelligence that makes Trump and Palin similar. Both are also obsessively focused on themselves and constantly at work on cultivating their “image” for their devoted acolytes. And yet neither is qualified to college garbage, let alone govern.

For her part, Palin wound up losing her bid for higher office and had to try and make a living with a low-rated reality show. Trump, on the other hand, came from the world of reality TV and parlayed that notoriety into the highest office in the land. But as he proves each and every day, he’s in way over his empty head.

Maybe when he’s booted or voted out of office, Trump and Palin can start their own reality show and call it “The Dolts.” At least they’re both qualified for that.

Nicolle Wallace compared Trump to Sarah Palin while discussing how they both were exposed in national television interviews for the entire country to see. https://t.co/xwL4R1qlBk pic.twitter.com/tih0RqW1IO