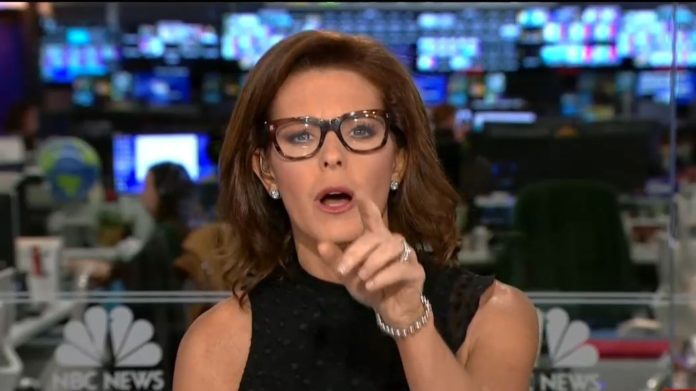 On Sunday, President Donald Trump told reporters that he could “relate” to federal workers who are working but not getting paid, many of whom are worried about paying their bills and providing for their families.

But with the government shutdown now entering its third week and no sign that Trump will relent or sign legislation that would pay those federal employees unless he can extort $5 billion from taxpayers to start building his wall, the president’s fake sympathy has left many to complain that Trump is proving just how heartless he is.

Monday on her show, MSNBC host Stephanie Ruhle weighed in, saying there’s absolutely no way Trump can relate to workers who may not be able to pay their bills because he hasn’t paid his creditors for decades:

“Here’s a letter to send to your creditors. Yesterday when President Trump was asked about these federal workers, what they’re going to do if they don’t get a paycheck, he said he can relate and they will adjust. He can relate because for years as a real estate developer he didn’t pay his creditors, his contractors or subcontractors or architects. He can relate to people not getting paid. He didn’t pay them. He certainly cannot relate to that corrections officer in Pueblo.”

When was the last time Donald Trump had to wonder where his next meal was coming from, or if he’d have enough money to keep the lights on in his house? How in the world does a man who inherited millions of dollars from his daddy ever hope to understand the plight of those who live paycheck to paycheck?

For decades, Trump has stiffed contractors who did work for him, leading some of them to go out of business. He’s notorious for not paying his bills on time or at all.

But perhaps worst of all, not only does Trump not understand what unpaid federal workers are going through, he simply doesn’t give a damn.