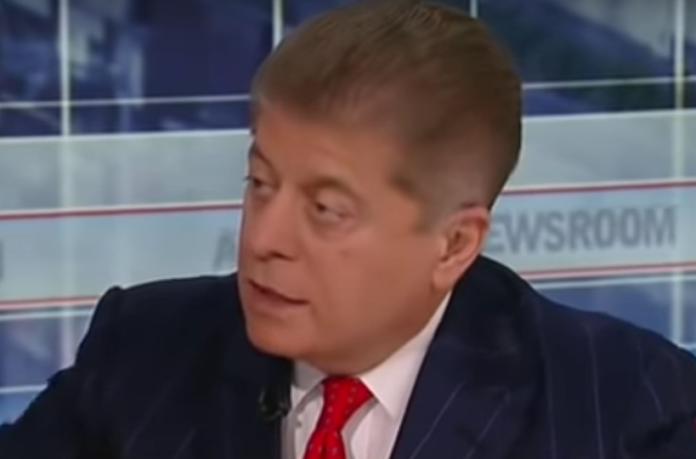 President Donald Trump’s lawsuit against the House Oversight Committee in response to a subpoena of his financial records by Rep. Elijah Cummings (D-Md.) is doomed to fail miserably in court according to Judge Andrew Napolitano on Fox News.

Chairman Cummings issued the subpoena this week as part of the committee’s ongoing investigation against Trump after the White House refused to comply with document requests.

But Fox News legal analyst Napolitano informed viewers that the lawsuit is all for naught because Congress has sweeping subpoena powers that a court won’t block unless Congress has no reason to issue one.

“The question is if the subpoena from the House of Representatives goes to a third party, to his accountants, can the president jump in the middle of that and seek to quash the subpoena?” he asked. “The answer is yes, just as if the Congress subpoenaed your records.”

He then explained why it’s likely Trump’s lawsuit will go down in flames.

Napolitano pointed out that Trump’s lawsuit asks the court to question Congress’ motive for the subpoena, something that the judicial branch is already reluctant to do because Congress is a co-equal branch of government. “They don’t get in the business of second-guessing the motivation of either.”

“Congress has to have a legitimate legislative purpose for wanting the president’s tax returns and financial records,” he continued, pointing out that the threshold for such legislative purpose is low. “If Congress can’t show that purpose, the subpoena will be quashed.”

Napolitano then took aim at Trump’s accusation of “presidential harassment.”

“One person’s harassment is another person’s oversight,” he said. “But Congress will have to state for what purpose they want this.”

He then concluded by explaining just how low that threshold is.

The problem for Trump is that the House Oversight Committee has already outlined why they require Trump’s financial records. In fact, Rep. Alexandria Ocasio-Cortez perfectly demonstrated the legislative purpose by getting Trump’s former fixer Michael Cohen to admit that Trump committed tax evasion and insurance fraud, which can be proved by obtaining his financial records.

That should be enough reason to laugh Trump’s lawsuit out of court.