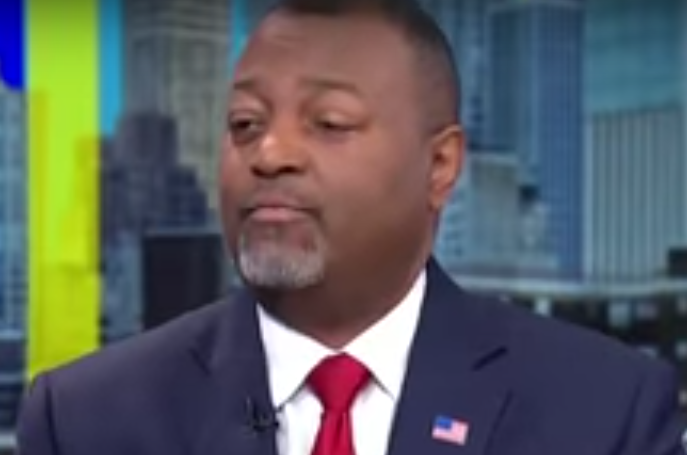 While fielding questions in the Oval Office on Friday, Trump spent his time accusing migrants from Central America of invading our country and blaming them for all our problems just hours after an anti-immigrant white nationalist murdered 49 Muslims in New Zealand at their place of worship.

When asked if he believes white nationalism is on the rise, Trump dismissed the growing international threat despite the FBI and Department of Homeland Security reporting that right-wing terrorism from white nationalists far outnumbers attacks by Islamic extremists.

On Saturday, Nance actually asked host Joy Reid for a moment to rip Trump a new one in a an epic rant.

“Can I rant for a second?” Nance asked. “I’ve spent my entire life defending this nation. I spent my entire life in the Middle East working with our Arab and Muslim allies to keep what they call the invaders in the Muslim world out of here and we have done that successfully. But we’ve turned a blind eye to the Americans in our own midst who are terrorists, to Americans who would betray our own Constitution on the basis of tribalism. The president is pushing this — the president is their champion.”

Indeed, the New Zealand shooter even cited Trump as inspiration for his violent act, and Trump counts white nationalists as his allies here at home, which is why he refuses to condemn them. All Trump did on Friday morning is offer condolences to New Zealand. He never once called out white nationalism nor did he express sympathy and support for the Muslim community.

Nance argued that Trump has no business talking about terrorism anymore, because he’s certainly not tough on it if he refuses to stop domestic terrorists.

“You know what?” he asked. “To be quite honest, he needs to Sierra Tango Foxtrot Uniform (STFU) and if he doesn’t understand what that means he needs to ask the chairman of the Joint Chiefs of Staff… He is stoking violence not just in the United States, but around the world. The people in the counterterrorism community, every intelligence watch officer watching right now cannot do their work so long as the president of the United States keeps talking about them like they are foreign invaders who are taking something away from us.”

Trump has ignored this homegrown threat for too long now. And it’s only a matter of time before killings in our own country become more frequent and more deadly because white nationalists believe they are being called upon to act violently by him. Trump incites violence through his reprehensible rhetoric at rallies, and he perpetuates fear and hatred against people of color and other faiths. This can no longer be tolerated and must be condemned by Republicans with the strongest possible language and actions, including impeachment and prosecution. Because every time a white nationalism commits an act of terror on American soil, it’s as if Trump gave the order himself.