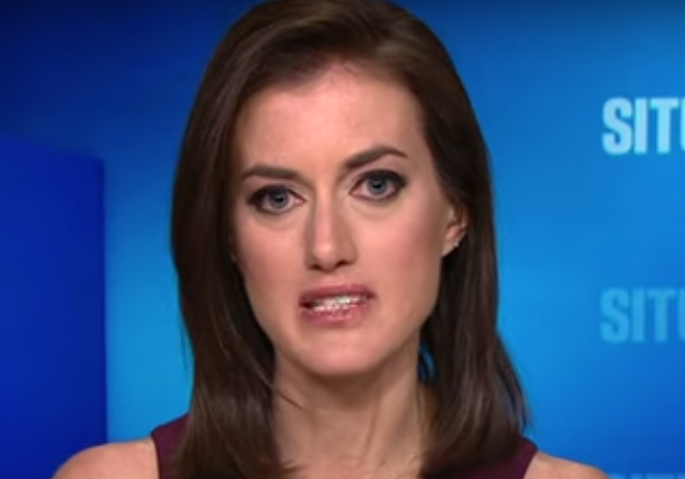 National security analyst Sam Vinograd appeared on CNN to discuss President Donald Trump’s absurd claim that nobody disobeys his orders on Monday, comparing him to the Mad King on Games of Thrones.

Despite the fact that the Mueller report directly contradicts him, Trump insisted to reporters on the White House lawn that none of his staffers have ever disobeyed his orders. The report clearly states that many of Trump’s staffers disobeyed his orders, thus saving him from committing worse instances of obstruction of justice.

But Trump’s claim is about to be obliterated in the House as Democrats prepare to issue subpoenas to those staffers who talked to Mueller and they will confirm they disobeyed Trump’s orders.

Vinograd told Wolf Blitzer that Trump is crazy if he thinks everyone obeys him without question.

“It’s factually untrue, according to the Mueller report, the Woodward book and other reporting,“ Vinograd began. “This sounds like something I would expect to hear on an episode of ‘Game of Thrones’ from the Mad King or Queen Cersei, but not the democratically elected president.”

Vinograd reminded everyone that she served under former President Barack Obama and was often in the Situation Room with him where many of his staffers often openly disagreed with him, whereas Trump’s staffers disobey him behind his back because they fear how he will react.

“We have staff waging a silent mutiny against President Trump because they do not feel comfortable sharing the legality of a matter directly with him or saying he has a bad idea,” she observed before pointing out that Trump is wasting their time because he constantly has to have a babysitter.

“The president should have a team that implements his guidance, including his executive orders,” she concluded. “The United States should have White House staff that’s not working hours in the day, managing the president’s worst impulses, but instead, the American people deserve to have a team that’s all hands on deck, actually managing our national security.”

.@wolfblitzer and I discussed the GoT moment we all witnessed today, courtesy of @realDonaldTrump pic.twitter.com/jeIzkeENti

This is why Trump’s White House is in such chaos. He’s a wannabe dictator who thinks everyone has to do whatever he wants them to do even if it’s against the law. It’s insanity and it has to be brought to an end so this government can start functioning properly again as a democracy instead of on the whims of a madman who doesn’t have a clue what he’s doing.