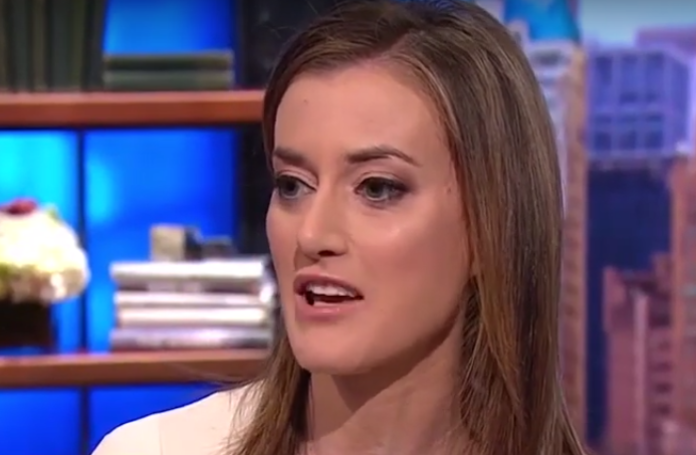 President Donald Trump’s connections to a Florida spa madam only continued to deepen this week after journalists revealed that Li Yang sold Chinese businessmen access to Trump, which is a “major red flag” according to national security expert Sam Vinograd.

Last month, Yang’s former spa and massage parlor chain got busted by law enforcement for human trafficking and sex slavery. Although she sold the chain years earlier, it had been suspected of the same illegal activities when she owned it.

Yang has since been connected to several powerful Republicans and conservative media personalities, including Trump and his sons, Rep. Matt Gaetz (R-Fla.), Senator Rick Scott (R-Fla.), Fox News host Jeanine Pirro and multiple others. She is also a Trump donor who has frequented Mar-a-Lago.

According to CNN, Yang “runs a consulting business, GY US Investments, that offers Chinese investors an introduction to people in Trump’s orbit.”

Yang invited a group of Chinese businessmen to a Trump fundraiser and paid for their tickets in 2017. She also “gave $5,400 to Trump’s campaign and $23,500 to the Trump Victory political action committee in the days leading up to the 2017 event.”

If the businessmen reimbursed her for the tickets, that would be a violation of campaign finance laws.

But Vinograd appeared on CNN Monday morning to express her bigger concern about the role Chinese intelligence may be playing in all this.

“This raises major counterintelligence red flags to me,” she said. “We don’t yet know Yang’s motivations but we know a lot about Chinese intelligence. According to our own intelligence community, they are one of the leading counterintelligence threats to our country. We know that China keeps very close tabs on naturalized Chinese Americans. They’ve actually used them as assets in the past, which has resulted in major espionage charges.”

“And we also know that there’s no such thing as a private sector in China,” she continued. “It just really doesn’t exist. The idea that Yang was bringing Chinese investors to the United States and introducing them to the Trumps doesn’t really mean the same thing as if American investors were going over to China. The Chinese government would have to have been uncharacteristically asleep at the wheel if they didn’t benefit from Yang’s access.”

Vinograd went on to point out that our intelligence community has previously warned the White House about Chinese intelligence efforts and host Alisyn Camerota observed that federal authorities may need to investigate the possibility that China is also meddling with our democracy.