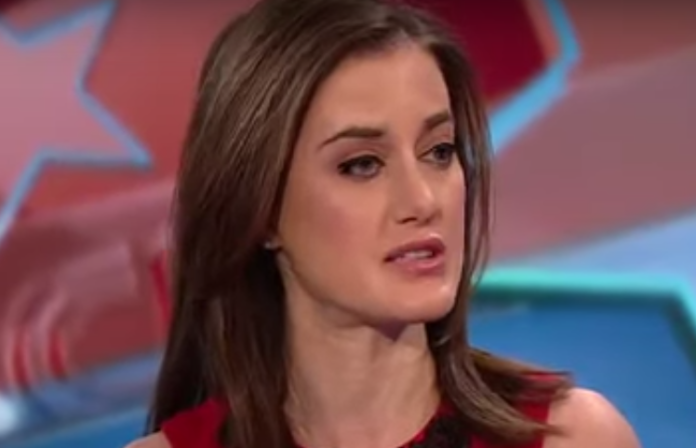 National security expert Samantha Vinograd warned on Tuesday that Russian dictator Vladimir Putin may be in control of the White House in response to damning revelations by former FBI Assistant Director Andrew McCabe.

McCabe revealed during an interview with The Today Show that the FBI had information to justify opening a counterintelligence investigation into President Donald Trump to find out if he is working for Russia and that Republican leaders were briefed about the investigation and did not object to it.

“We had information that led us to believe that there might be a threat to national security, in this case, that the president himself might, in fact, be a threat to United States’ national security,” McCabe said. “You have to ask yourself why any president of the United States might not want to get to the bottom of Russian interference in our election.”

“No one objected,” McCabe said of the briefing delivered to Republicans. “Not on legal grounds, not on constitutional grounds, and not based on the facts.”

On CNN, Vinograd provided her analysis of the revelations.

She began by pointing out that the briefing FBI officials provided to Congressional leaders means that they understood and agreed with the information used to open the probe and then wondered if the investigation is still ongoing since Trump continues to believe Putin over his own intelligence officials, one of whom he apparently intends to fire for not agreeing with him on North Korea.

“Is that investigation still ongoing?” she asked. “McCabe has said that the president’s moves to undercut investigations, to believe Vladimir Putin over his own intelligence community, to make personnel decisions based on Russia related matters, all led to this investigation. McCabe would have laid that out before the Gang of Eight. But just in the past few days, the counterintelligence red flags are flying a lot higher than they did arguably than when this investigation was first launched.”

Vinograd pointed out that Secretary of State Mike Pompeo and Director of National Intelligence Dan Coats were probably aware of the investigation as well before concluding with a stark warning that it’s possible “this investigation is continuing and there is still a chance that Vladimir Putin is controlling the White House.”

Vinograd would go on to write on Twitter that Pompeo and Coats knowing about this counterintelligence investigation means that they were passing sensitive intelligence to Trump with the knowledge that it could end up in Putin’s hands.

If @FBI kept the Gang of 8 fully and currently informed about their CI investigation into @POTUS – it’s likely that then @CIA Director @SecPompeo and @ODNIgov Coats were at least aware of the investigation too.

That means that they were still providing the most sensitive intel in the world (including on Russia) to someone that @TheJusticeDept thought could be working at the behest or direction of a foreign government.

.@SecPompeo still accepted the @POTUS nomination as Secretary of @StateDept – the Gang of 8 did not object to the CI investigation. Query whether @SecPompeo (while serving as @CIA Director) had any objections then, or now

This ongoing saga continues to grow into a more serious conspiracy against the United States that puts our national security in jeopardy. At this point, any Republicans who are not screaming for the impeachment of every member of this corrupt administration is just as complicit and must be removed from office themselves.