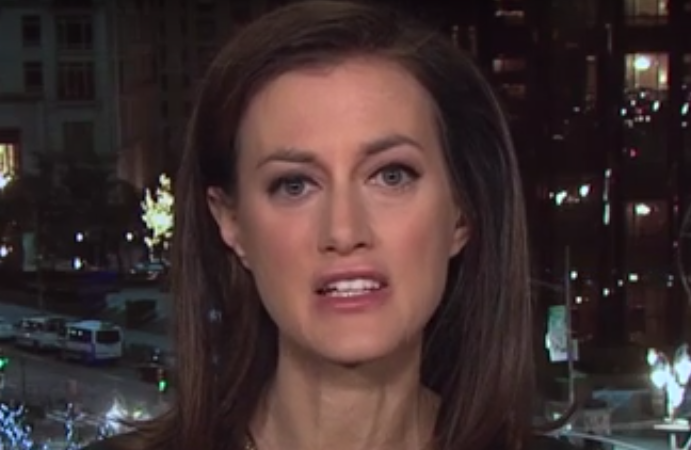 President Donald Trump’s desperate effort to keep his private talks with Russian dictator Vladimir Putin a secret from everyone is giving the Kremlin leverage over him says national security expert Samantha Vinograd.

On Saturday night, the Washington Post published a bombshell report revealing that Trump has gone to “extraordinary lengths” to keep his discussions with Putin a secret, even taking notes from his interpreter and refusing to tell senior administration officials the details.

In fact, there aren’t even any details in classified files about what was said between the two, raising suspicions that Trump is a Russian agent who is taking orders from Putin, suspicions that resulted in the FBI opening an investigation in May 2017 that evolved into the Russia investigation headed by Special Counsel Robert Mueller.

On CNN Sunday, host Victor Blackwell turned to national security expert Samantha Vinograd for her take after wondering if Trump is only providing leverage for the Kremlin to use against him by keeping no records of what was said in those multiple discussions.

“There is a standard operating procedure for these meetings,” Vinograd, who also worked for the Obama administration, began. “I helped with some of these meetings after the fact. By failing to allow your team in the room, by failing to establish a firm record in line with existing U.S. law of what actually happened, you are ceding the narrative to Russian intelligence, the Russian media, which is controlled by the state, and Vladimir Putin without having any bit of evidence or a foundation of establishing a narrative on your own.”

She also pointed out that Trump is aiding and abetting Russian intelligence by failing to keep records.

“That comes back to the question, again, of why the president wanted to do this?” she asked. “If he took the extraordinary step of asking his interpreter to destroy notes from the meeting he is again aiding and abetting the Russian intelligence services in manipulating the narrative around what happened.”

Vinograd went on say that Trump is either getting played by Putin, a former KGB agent, by thinking he’s smarter than the Russian leader, or he’s acting as a Russian asset because Putin has something on him.

And that makes Trump a serious threat to national security who must be immediately removed from power before it’s too late.

She also predicted that if Trump continues to willingly put himself in a room with Putin without recording what is said between the two, it could trigger yet another avenue of investigation for Robert Mueller to pursue.

“I do think there is a legal aspect to whether the president meets one-on-one with Vladimir Putin any more,” Vinograd said. “We know from the reporting on Friday that the FBI had entered into a criminal and a counterintelligence investigation into the president. If the president knowingly puts himself in the room with Vladimir Putin again, fails to read out his team again on what happened, you have to imagine that Bob Mueller is going to be looking into the intent and motivations behind those actions.”

Trump has spent the last two years in office refusing to say anything bad about Putin, nor has he been tough against Russia at all despite proof that Russia interfered with the 2016 Election. Clearly, Trump has a sort of fealty to Russia and that’s dangerous to our country and the world.