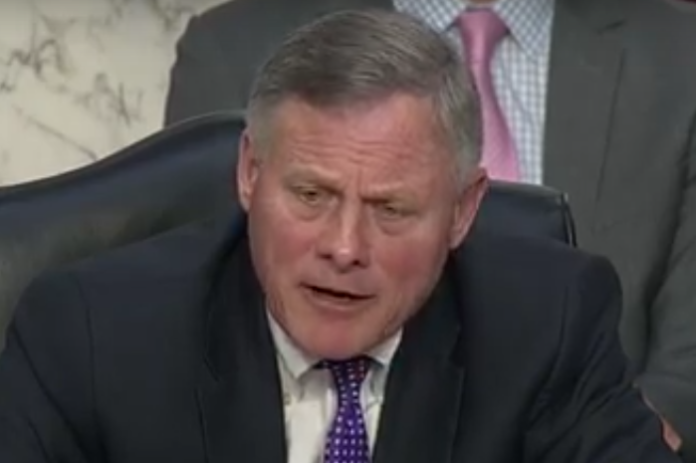 Since taking office in 2017, Trump has gone to great lengths to repeatedly deny that Russia interfered with the 2016 Election, even gong so far as to throw our intelligence community under the bus during a public summit in Helsinki in defense of Russian dictator Vladimir Putin.

But even Senate Republicans agree that Russia attacked our country and sought to sow divisions through social media in an effort to help Trump win.

And rather than take any action to counter these attacks, Trump has ignored them or has made them easier to conduct, which makes Burr’s question and the response from Wray and Nakasone all the more frightening.

“Is it the IC’s (Intelligence Community) assessment that this country’s adversaries continue to use U.S. social media platforms as a vehicle for weaponizing disinformation and spreading foreign influence in the United States?” Burr asked during a hearing on Tuesday.

“Yes, that’s certainly the FBI’s assessment,” Wray responded, going on to warn that Russia is teaching other hostile nations to use their methods against us. “Not only the Russians continued to do it in 2018, but we have seen indication that they’re continuing to adapt the model and that other countries are taking a very interested eye in that approach.”

Here’s the live video of the hearing via YouTube:

This makes the fact that Senate Republicans allowed Trump to drop sanctions against Russian companies connected to Putin all the more outrageous because they are still attacking us, yet they withdrew a punishment leveled against the Russians for this very activity.

Now other hostile nations like Iran or North Korea could be learning from Russia to do the same thing. But Trump isn’t lifting a finger to stop it because it benefits him. How is this not a crime against the United States? And why are Senate Republicans aiding and abetting his activities? The American people must demand answers and consequences. Our national security and democracy are literally at stake.