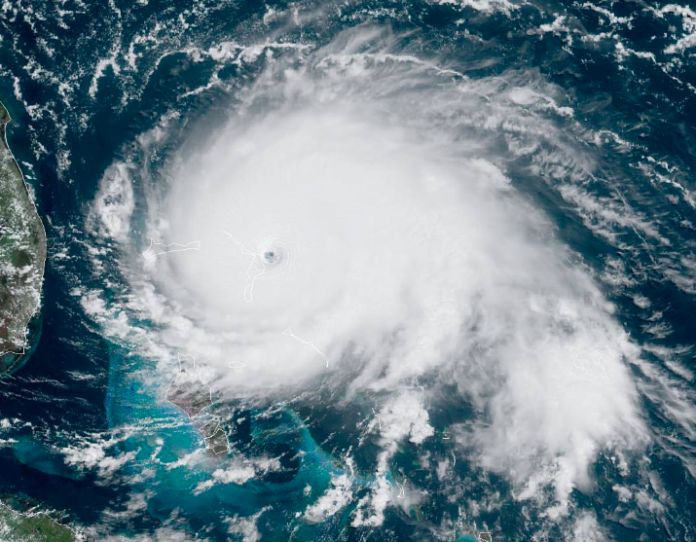 President Donald Trump gave false information about Hurricane Dorian during an emergency situation, forcing the National Weather Service to publicly correct him to prevent panic. Instead of apologizing, he threw a temper tantrum.

As Hurricane Dorian barrels into the United States southeast coast, it’s important that the right information is relayed to the people in the path of the storm, which is now a Category 4.

But Trump scared the hell out of millions of people in Alabama on Sunday, after supposedly receiving updates while golfing, by warning them that the storm is going to hit their state in addition to Florida, Georgia and South Carolina.

In addition to Florida – South Carolina, North Carolina, Georgia, and Alabama, will most likely be hit (much) harder than anticipated. Looking like one of the largest hurricanes ever. Already category 5. BE CAREFUL! GOD BLESS EVERYONE!

The problem is that Alabama is nowhere near the projected path of the storm, so many people were likely panicking for nothing because Trump said something wrong.

In the interest of preventing panic and giving out the right information, the National Weather Service quickly pointed out that Alabama is not going to be impacted by Dorian.

Alabama will NOT see any impacts from #Dorian. We repeat, no impacts from Hurricane #Dorian will be felt across Alabama. The system will remain too far east. #alwx

Needless to say, Trump has been widely criticized for putting out a false warning to a state that was not in the path of the storm, including by ABC News. Trump could have exercised humility and admitted he was wrong. But he would rather throw a temper tantrum and insist he was right all along even though the National Weather Service emphatically made it clear that Alabama was never in harm’s way.

Such a phony hurricane report by lightweight reporter @jonkarl of @ABCWorldNews. I suggested yesterday at FEMA that, along with Florida, Georgia, South Carolina and North Carolina, even Alabama could possibly come into play, which WAS true. They made a big deal about this…

….when in fact, under certain original scenarios, it was in fact correct that Alabama could have received some “hurt.” Always good to be prepared! But the Fake News is only interested in demeaning and belittling. Didn’t play my whole sentence or statement. Bad people!

Trump’s “whole sentence or statement” is on Twitter for everyone to read. Furthermore, he was never right. He made a mistake and he should have owned up to it. But while the hurricane is making landfall in the United States and has already killed five people, Trump chose to make this unfolding disaster all about him and his image. Now is not the time for Trump to be petty about whether he is right or not. He should just accept that he is wrong and make an effort to help those who are in harm’s way.

His behavior only makes things worse and demonstrates his unfitness for office.