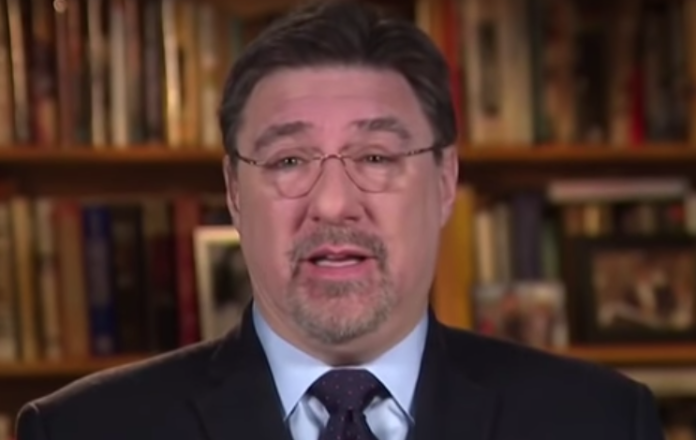 President Donald Trump made such a fool of himself while discussing foreign policy and national security matters on CBS Sunday that Naval War College professor Tom Nichols couldn’t believe the level of ignorance on display.

During the interview, Margaret Brennan pointed out that withdrawing American forces now would likely create a vacuum in the Middle East such as the one left after American troops left Iraq, thereby allowing the resurgence of ISIS or even Al-Qaeda, the terrorist group that perpetrated the 9/11 attacks in 2001.

But that’s okay, Trump says, because the United States has “fast airplanes.”

“We’ll come back if we have to,” he said. “We have very fast airplanes, we have very good cargo planes. We can come back very quickly.”

Morning Joe hosts Mika Brzezinski and Joe Scarborough could not believe what they just heard as the president of the United States just argued for abandoning our allies in the region and surrendering all the progress made against these terrorist organizations by claiming that we can just hop on planes and pick up where we left off if the enemy regroups and takes back the territory our military fought and died to gain.

For analysis, they turned to Nichols, who has been incredibly critical of Trump, most recently about Trump insulting our military leaders.

Nichols said that Trump is “unbriefable” and that our intelligence and national security officials must find it impossible to get through to him because he refuses to learn anything that contradicts what he already believes, especially since Trump continues to carry on the charade that he knows more than the experts do.

“He’s unbriefable — you can’t explain things to him,” Nichols said. “He doesn’t take in information, so he tends to just wing it and to say things that are convenient to the way he wants to see the world. None of this makes any sense, and I think it indicates the degree to which you can see that frustration coming out of the people in the national security environment who have to talk to him and try to kind of breakthrough that shell of things he already believes, and probably don’t succeed very often.”

Trump had high profile clashes with his intelligence officials last week after all of them contradicted his previous claims about Iran, North Korea, Russia, and ISIS, insisting that he is right and that his own intelligence chiefs must have lied to the Senate Intelligence Committee.

His refusal to admit he’s wrong and learn the realities on the ground is dangerous to our national security and our military. A president must be willing to learn and must make decisions based on the expert opinions and the facts provided to him, not because some Fox News host said something on television or because his ego won’t allow it. It’s little wonder why many officials have quit over the last two years, and it’s likely many more will do the same, which weakens our nation’s ability to gather intelligence and protect ourselves from our enemies. The problem is that our greatest enemy now sits in the Oval Office.