The United States Blues
Home News NBC political analyst: Trump screwed himself by splitting his own party with... 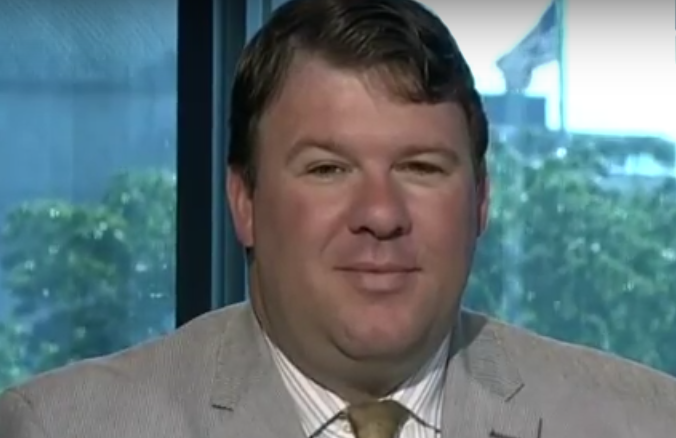 President Donald Trump once again made a serious political blunder on Saturday by offering a weak “compromise” to Democrats that insulted them and angered his base at the same time, resulting in NBC political reporter Jonathan Allen observing just how bad Trump screwed himself.

During the speech, Trump offered Democrats a temporary reprieve for the DACA program and an extension for immigrants covered by temporary protected status, both of which Trump has tried to kill since he took office.

In exchange, Trump is still demanding $5.7 billion for his wall on the southern border.

The issue is that Trump is offering Democrats a nothing-burger because anything they receive would be temporary and could be killed later on down the road while Trump’s wall would be permanent. That’s not much of a deal, and would only result in Trump killing other programs Democrats support to hold hostage in future government shutdowns in order to get his way.

And that’s why Democrats rejected the offer.

But Trump not only insulted Democrats and revealed to the American people that he is a sh*tty deal-maker, he pissed off his base of supporters by offering what they call “amnesty” to immigrants.

“The obvious problem for Trump is that he managed to divide his own ranks without much chance of breaking the wall of Democratic opposition to his border barrier,” Allen wrote in a column analyzing Trump’s offer and the fallout.

Indeed, conservatives flipped out on Trump after the speech and accused him of offering amnesty to nearly one million people. Of course, DACA recipients were brought here as children and this is the only home they’ve ever known. And migrants here via TPS came here legally. But that really doesn’t matter to Trump supporters. In their minds, he caved.

“The big political question is whether Trump’s latest gambit will give traction to his ongoing argument that Democrats have been intransigent and should now shoulder the blame for the longest government shutdown in history,” Allen continued.

But that’s probably not going to happen either, especially since Democrats can play the following video on a loop every day.

Democrats in the House have also passed bill after bill to re-open the government and end the shutdown, but Trump refuses to sign any of them unless he gets funding for a wall the American people overwhelmingly oppose.

“Whether his new plan earns him more support from independents in the fight over the shutdown and the wall remains to be seen,” Allen observes. “But it is highly unlikely to move many Democratic voters or their elected representatives, who have been united in their demand that he open the shuttered federal agencies without money for the barrier.”

And that’s the point. The one thing that’s preventing the shutdown from ending is Trump’s demand for a wall. He could end this right now by agreeing to sign a spending bill without his wall money. You don’t see Democrats demanding DACA or TPS because all they want right now is to re-open the government and debate immigration reform without a shutdown being used as a negotiation tactic. That’s what the American people are going to see. And it’s what they agree with. That’s especially true considering a recent poll reveals most registered voters blame Trump for the shutdown and definitely won’t be voting for him in 2020. Losing some of his base will just make re-election an even steeper hill to climb.

Trump owns this shutdown and he only shot himself in the foot politically by offering such a weak “compromise” that offended his own supporters.

“Often, deal-making requires a president to disappoint a segment of his own base to attract support from a portion of the other party,” Allen concluded. “But in this case, Trump has created a split within his own party without finding a way to divide Democrats. That’s certainly a non-traditional approach to politics, but it may not be a winning one.”