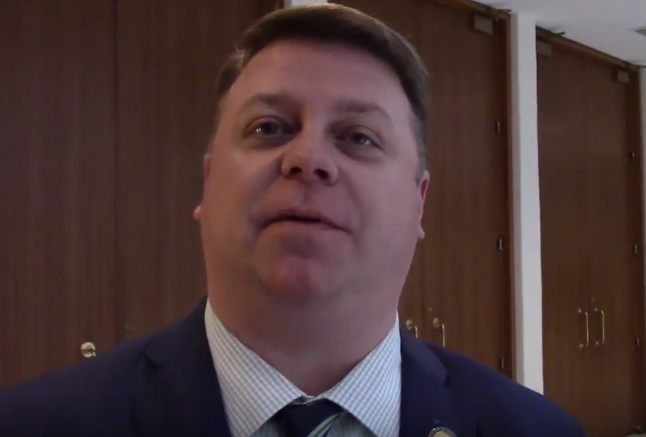 North Carolina Republicans are under fire for using 9/11 to subvert democracy on Wednesday when they overrode Governor Roy Cooper’s veto of a budget bill while Democrats attended a memorial service after being promised no votes would be held.

Republicans allegedly promised Democrats that no votes would be held that morning in the statehouse so they could attend a 9/11 memorial service on the 18th anniversary of nearly 3,000 Americans perishing in the worst terrorist attacks on United States soil back in 2001.

But once most of the Democrats were gone, Republicans used the opportunity to override Cooper’s veto 55-9.

In other words, rather than attend the memorial themselves to honor 9/11 victims, which President Donald Trump struggled to do, Republicans insulted them instead by undermining democracy in order to get their way.

Democrats and the people of North Carolina are understandably outraged by the betrayal, but GOP state Rep. Jason Saine responded by expressing disgust that Democrats would attend a memorial instead of being inside the House chamber, and even appeared to compare Democrats to terrorists and said that the GOP couldn’t let “the terrorists win.”

“As a former firefighter and an American, I am appalled that anyone in our country would stop going about their normal business on this day,” Saine said according to ABC reporter Jonah Kaplan. “When we stop being a beacon of freedom, hope, and democracy, then the terrorists win.”

Saine went on to insist that Republicans honored 9/11 victims even though most of them were busy stabbing Democrats in the back and smothering democracy with a pillow.

I was asked specifically about us doing business in the House which was scheduled. I did not say we shouldn’t honor victims of 9/11. We did honor 9/11 victims and first responders today in session.

But that’s just a flat-out lie. If Democrats had done this to Republicans, you can bet that Saine and his conservative colleagues would be screaming bloody murder about how Democrats disrespected religion and the Constitution and how they are traitors for disrespecting 9/11 victims and not letting them have a say. But as usual, it’s apparently okay when Republicans do it.

And Republicans wonder why many people don’t trust them.