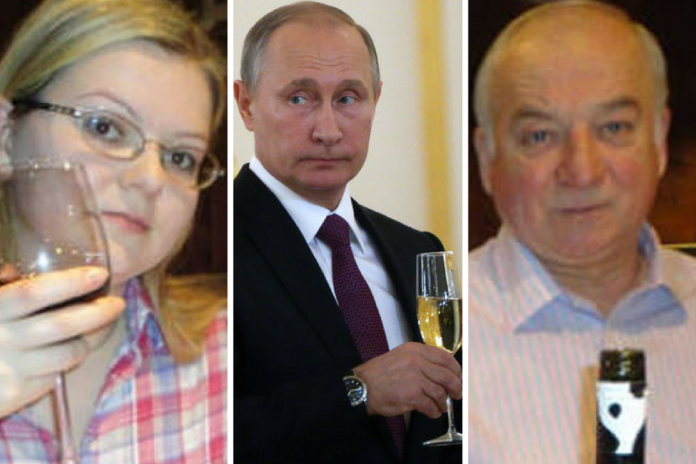 According to most major news outlets, and based on state-run exit polls and early returns, Russian president Vladimir Putin has skated to another easy win and will remain in power until 2024.

Putin did not exactly have a contested election, however, with officials having barred his most serious opponent, Alexei Navalny, from running earlier this year.

Mr. Putin remains mired in scandal, including but not limited to: Continuing efforts to keep supporting the brutal Syrian regime of Bashar Al-Assad, an investigation into the extent of 2016 attacks on American democracy, and most recently, the use of nerve agent to kill an ex-Russian spy and his daughter.

A new report by Reuters via the Telegraph cites unrevealed sources confirming that the “military-grade” nerve agent was planted in Sergei Skripal’s daughter’s suitcase before she left Moscow.

“Britain, the United States, Germany and France jointly called on Russia on Thursday to explain how the toxin came to be used on British soil. Russia has denied any involvement and has accused London of whipping up anti-Russian hysteria.”

The attack, according to the report, is the “first known offensive use of such a weapon [nerve agent] on European soil since World War Two.”

“Britain has pinned the blame on Moscow and given 23 Russians who it said were spies working under diplomatic cover at the London embassy a week to leave.”

Skripal and his daughter remain in London in critical condition, as they have been since the attack. They were found unconscious on a park bench in Salisbury on March 4. President Putin has denied responsibility for the attack, saying that Russia had destroyed all supplies of Novichok, the nerve agent developed by the Soviet military.