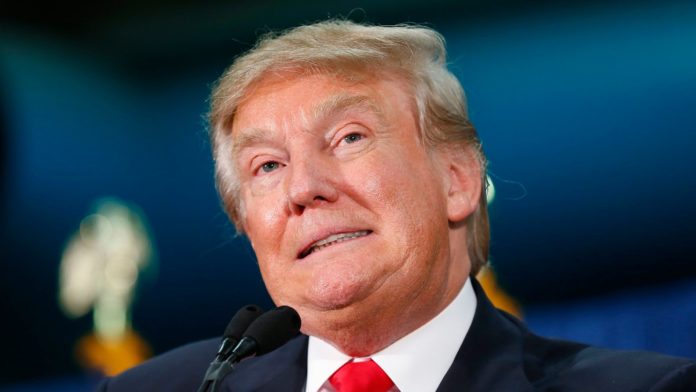 Based on tweets President Donald Trump sent out Tuesday morning, there must be something very incriminating in the Mueller report that continues to be held up by Attorney General William Barr.

Even though Trump has repeatedly maintained that he was fully exonerated by the Mueller investigation (which he wasn’t), it certainly appears that he would prefer it if everyone just moved on and focused on other matters:

Robert Mueller was a God-like figure to the Democrats, until he ruled No Collusion in the long awaited $30,000,000 Mueller Report. Now the Dems don’t even acknowledge his name, have become totally unhinged, and would like to go through the whole process again. It won’t happen!

The attorney general’s four-page letter to Congress reads in part:

“[W]hile this report does not conclude that the President committed a crime, it also does not exonerate him.”

If the president is so confident that the full report will clear his name, shouldn’t he be demanding that his attorney general let everyone read it as soon as possible? All of this dissembling is making many Americans conclude that the administration is trying to hide exactly what the special counsel found during his two-year long probe.

As I’ve said elsewhere – Surely, if The Trump has done nothing wrong and, as he claims, he has been fully exonerated, then he has nothing to fear on the release of the Mueller Report – or am I missing something here?

The only thing people want are facts and findings, homefry. Why are you so scared of the truth?
Oh, that’s right. Because you’re evil and stupid.

Actually, we demand to see the Mueller report. The #BarrCoverUp isn’t going to cut it. And I can’t wait to see what NY has in store for you. Mueller passed on all the evidence of your financial crimes to the appropriate jurisdictions. Ha haha haaaaa ha ha haha haaaaa

You have not been exonerated. Mueller indicted all he could within his legal reach before he was shut down by Barr at the finish line. Eagerly awaiting DOJ’s reach on who they can bring charges against ?