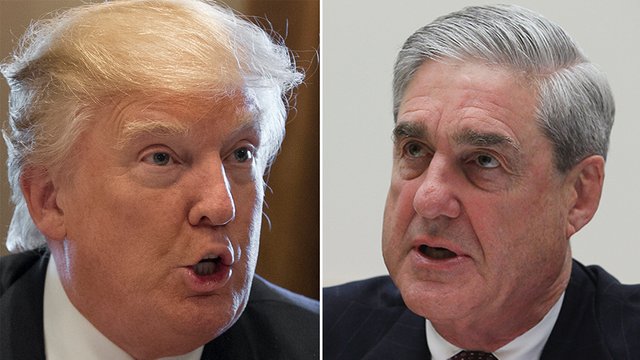 Based on two tweets he posted Monday morning, President Donald Trump sounds incredibly worried about what will happen next in the ongoing probe into the 2016 election being conducted by Special Counsel Robert Mueller.

In what sounds almost like an admission of personal guilt, Trump complained that the special counsel hasn’t yet interviewed members of the 2016 campaign who “never met, saw or spoke to a Russian,” although the president doesn’t include himself in that group of people and since he’s already responded to questions from Mueller, seems to be suggesting that he and others did indeed collude with Russia:

When Mueller does his final report, will he be covering all of his conflicts of interest in a preamble, will he be recommending action on all of the crimes of many kinds from those “on the other side”(whatever happened to Podesta?), and will he be putting in statements from…..

….hundreds of people closely involved with my campaign who never met, saw or spoke to a Russian during this period? So many campaign workers, people inside from the beginning, ask me why they have not been called (they want to be). There was NO Collusion & Mueller knows it!

Here’s the problem with Trump’s deeply flawed logic: Mueller has no reason to interview those who had no connection to the conspiracy being investigated. To do so would be akin to questioning a person who didn’t witness a crime and lived thousands of miles from the scene of the incident.

Social media users were eager to remind the president that he sounds terrified and oh so guilty:

If you have nothing to hide then why won’t you sit with Robert Mueller and answer questions? For example can you tell us why you asked for Russia to help you in July 2016 just a month after your son Don Jr met with Russians in Trump Tower to get “dirt” on Hillary? pic.twitter.com/wVLoi6V2cu

Like selling apartments to saudis for 40-50 million dollars, and then ignoring when they murder one of our journalists?

Like being bailed out of bankrupcy by russians, and then ignoring their election attacks?

by the summer of 1974, it was revealed that a secret White House taping system held evidence of the cover-up. Still, Nixon continued to fight, believing that he could win back the American people and once again come back from disaster as he had done many times before.

This tweet would seem to indicate that some people involved with your campaign did indeed meet with Russians. Please elaborate.

“Hundreds of people who worked for me DIDNT commit crimes directed by me” is not exactly the best proof of innocence.

Wait…Hold on… So you’re saying that in order to prove you and/or your team cooperated with Russia EVERYONE working had to know about it? The top officials in your campaign that gave plea deals after indictment is all we need… 😏 #MondayMotivation #MuellerTime #LockHimUp